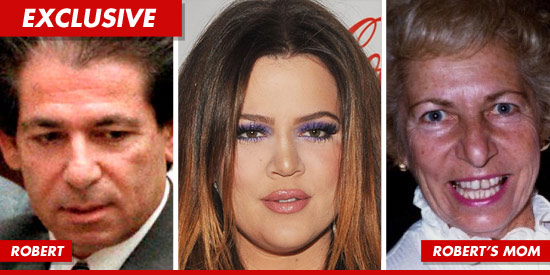 Khloe Kardashian has gone mental on her ex-step mothers – Jan Ashley and Ellen Kardashian – saying that these women should be “ashamed” for telling a tabloid magazine that Robert Kardashian isn’t her biological father and that she was fathered by another man.

Both these women were married to Robert following his divorce from Kris Jenner (Khloe’s mother).

Khloe is now fighting back on twitter with tweets like, “The audacity you have to mention my father’s name like this! Should be ashamed of urself! I let a lot of things slide but this one is really low… YOU ARE DISGUSTING! (yes you know who YOU are).”

Kim Kardashian proceeds to defend her sister by saying that Robert Kardashian is without a doubt Khloe’s biological father, and anyone who suggests otherwise is completely full of crap.

Sources reveal that the entire Kardashian family is very angry at the ex-wives. One source close to Kris Jenner states that Khloe’s mother isn’t even disturbed by the rumor because “it’s so ridiculous, it’s not even worth her time.”

The Kardashian family has been tolerating rumors about Khloe’s biological father for some time now, and have even made jokes about it on their reality TV show Keeping up with the Kardashians, but one family source is determined that Khloe “Looks just like Robert’s mother.”

Do you think Robert Kardashian is Khloe’s biological father?

Newer Post BNL Recaps the Epic NYE Extravaganza’s All Over Lebanon! Bidding Farewell to 2011 and Welcoming 2012
Older PostWe Like Our B-day Indie