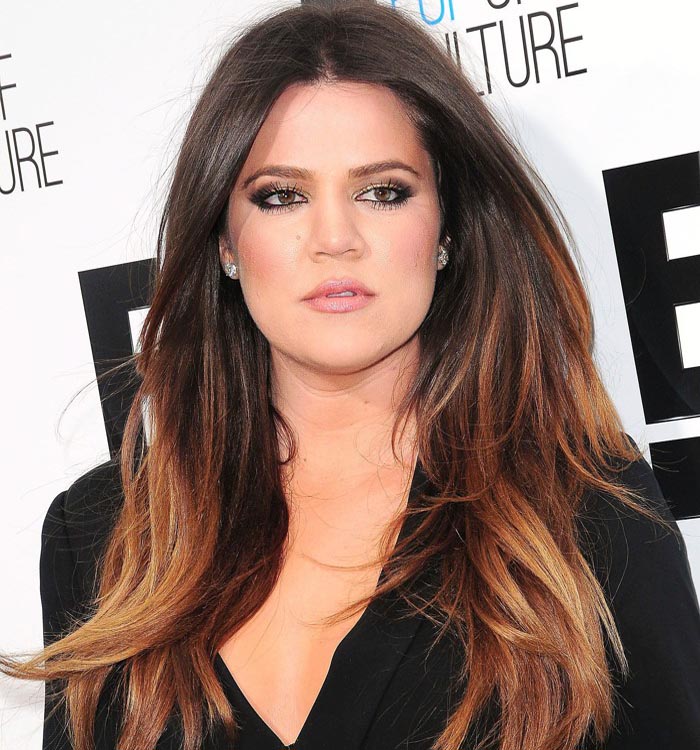 Khloe Kardashian launched an eBay store with husband Lamar Odom in the summer.

And it seems that the reality star may now be getting a tad carried away with the website and its addictive nature.

The 28-year-old has started putting items from the more intimate section of her wardrobe up for sale – including her underwear and sexy negligees.

One of the sports bras Khloe is selling is advertised as ‘pre-owned’, and on Tuesday had raked in 13 bids from happy shoppers hoping to get their mitts on the workout wear Khloe has been sweating in.

Unfortunately, the brunette’s silky slips weren’t garnering quite as much attention on the site.

And perhaps Lamar will be sad to see the saucier items in Khloe’s wardrobe shipped off to the highest bidder.

But fortunately, it’s all for a good cause.

A portion of the proceeds from sales of Khloe’s items will go to Lamar’s charity Cathy’s Kids, which benefits underprivileged children living in the inner cities of New York and Los Angeles.

A grey knitted sweater with star print by Wildfox is the priciest of Khloe’s commodities, and on Tuesday the price was sitting at $202.50 with 15 bids.

Meanwhile the most popular item thus far is a pair of AM aviator sunglasses, which had been bid on 59 times on Tuesday.

Khloe’s sister Kim also launched an eBay store and sold some of her wardrobe in the summer, with part of the proceeds supporting Life Change Community Church.

It seems her saleswoman skills aren’t the only thing Khloe is currently focusing on however, as it has been reported that the star is determined to get pregnant in 2013.

A source told HollywoodLife.com: ‘Now that Kim is pregnant, Khloe is making it her top priority to get pregnant next. She really wants her kids to be the same ages as their cousins and is starting to panic a little.’

The insider alleged that Khloe had put her plans to start a family on hold due to her stint hosting the X Factor, but reportedly added: ‘Even if she gets The X Factor hosting gig again, she will continue on with her fertility treatments. She isn’t jealous of Kim, more so just very inspired.’