Kesha naked on Instagram showing just how fit she is now 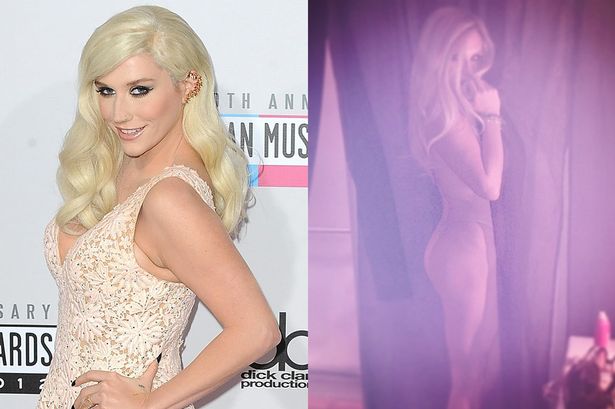 Singer shares pic in her birthday suit, hugging the drapes – and doesn’t her hair look pretty? She must have had a blow-dry

It looks as though someone is very happy with the net curtain.

Shy and retiring Kesha – you know, who’s got ‘suck it’ tattooed on her lip, has recently got mega fit and keeps delighting fans with nice naked photos of herself.

This one, she’s draped in a fancy fabric.

The 26-year-old – who didn’t need to lose any pounds in the first place – gave followers something to think about as she showed off a bit of thigh. And bum. And almost genitalia. 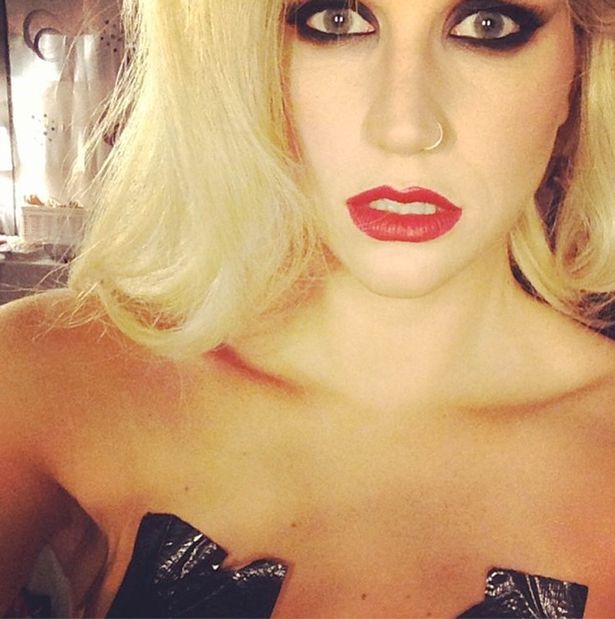 Posing in what looks like the nude she got someone else to take the pic for her – well, she could hardly selfie herself, could she? She would only have been able to get her neck in and that’s not very juicy.

And she posted a pic of her lady lumps in tape, writing alongside it: “Yes. That’s duct tape. So glamorous.”

She’s also been trying to get in on some of the old cougar action – well, she’s partial to granny netting.

She said at the MTV Movie Awards: “We’ve texted here and there. No sexting – not yet.”

Talking about the toy boy , she said: “Maybe he can be my cougar bait.”

Speaking about her non-PG TV show, she said: “There’s me making out with dudes, me crying, me onstage and me offstage.

We can see you raw already, Kesha. No need to watch it. 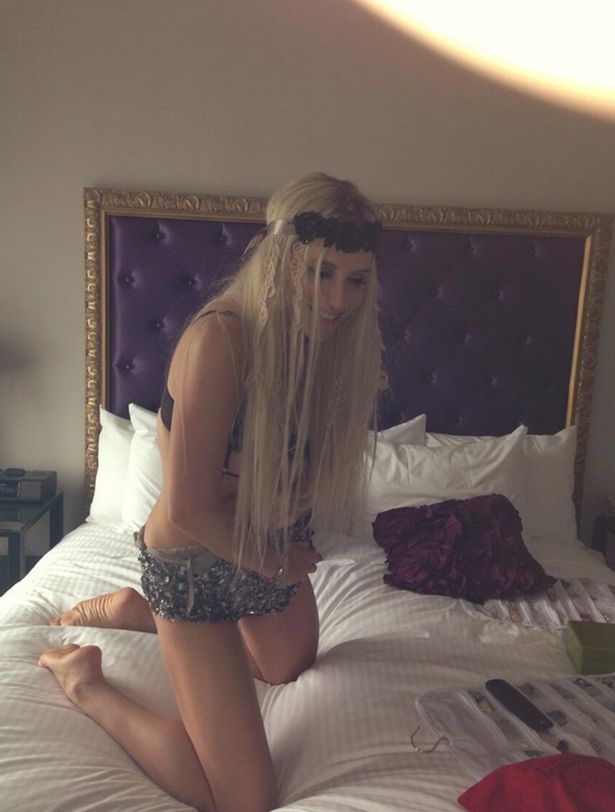