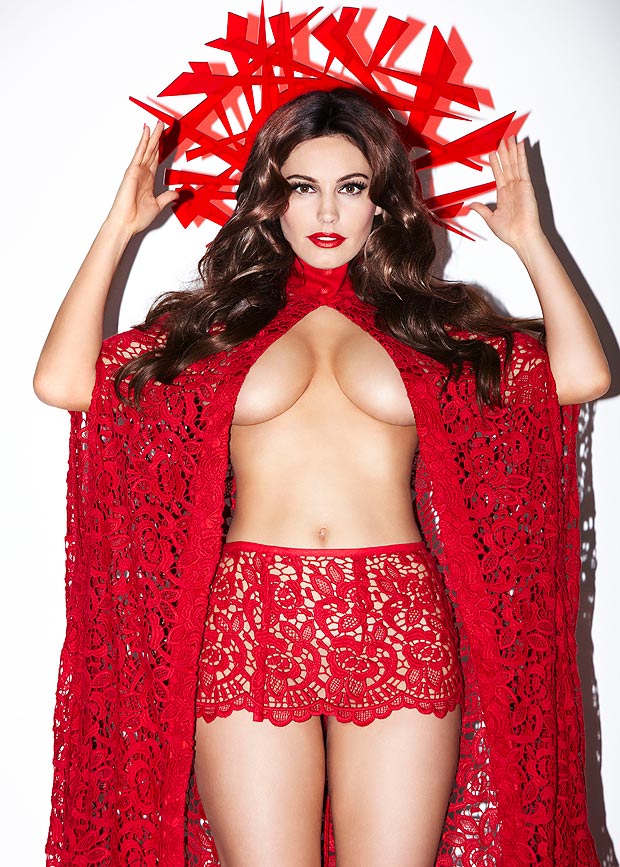 It may be freezing outside, but the glamour girl sets temperatures rising as she shows off her incredible curves in a series of skimpy swimsuits and see-through lingerie.

The film was shot behind the scenes as she posed for her 2013 calendar.

And nothing is off-limits in the raunchy minute-long clip.

In one scene Kelly, 33, flashes her nipples as she straddles a motorbike, wearing just a sheer bodysuit.

In another, she does her best Pamela Anderson impression – her breasts almost bursting out of a plunging red Baywatch-style swimsuit, as she bends over for the camera. 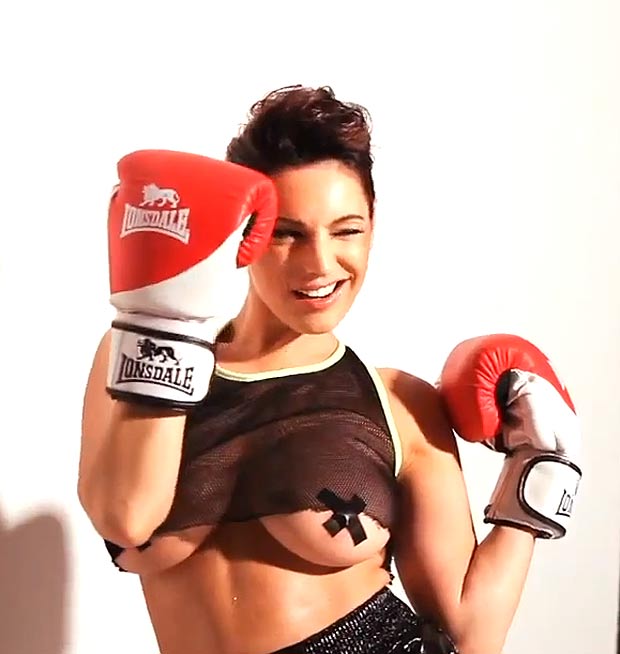 The model strips totally topless for one shot – hiding her breasts behind a garland around her neck.

She then straps on a pair of boxing gloves and bares her boobs under a sheer vest-top, with just black tape covering her nipples.

Kelly also treats viewers to a tantalising glimpse of her peachy posterior as she twirls for the camera wearing a thong, stockings and suspenders.

Many of the shots were deemed too rude to appear in Kelly’s new calendar.

It’s easy to see how she caught the eye of ex-rugby star Thom Evans – who she’s been dating for two years.

He recently revealed he was “overwhelmed” when he first met the beauty.

He’s not the only one impressed by her looks.

But incredibly, the model insists she hasn’t always felt beautiful.

She said this year: “In my teens, I was self-conscious about being curvy. At 14, my bra size was 32D and I struggled with that. I wanted to be a ballet dancer! None of the other girls had them and I remember thinking: “Why can’t I just be normal?”

She must have got over her body issues – because Kelly has spent 2012 showing off her famous figure.

In fact, it’s been a big year for the multi-talented model.

In January she launched her own lingerie range with New Look.

Her knickers and bras were a huge hit and she topped a recent Sun poll to find the best celebrity underwear designer.

Then she made her movie comeback in the hilarious Keith Lemon: The Film.

And in November she stripped off on stage during a guest stint in London burlesque show Crazy Horse.

She said: “Some people dream of winning an Oscar or a gold medal. I have dreamed for as long as I remember of becoming a Crazy Horse dancer.

“When I heard the show was coming to London I just knew I had to be a part of it and I am ecstatic to be making a small part alongside the truly amazing Crazy Girls in London.” 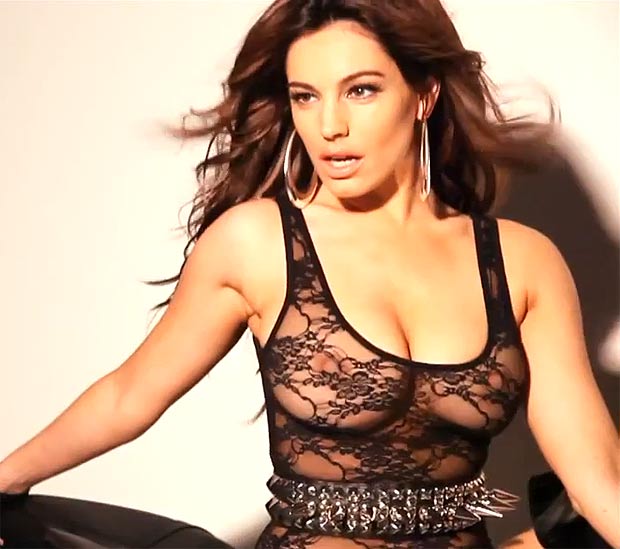