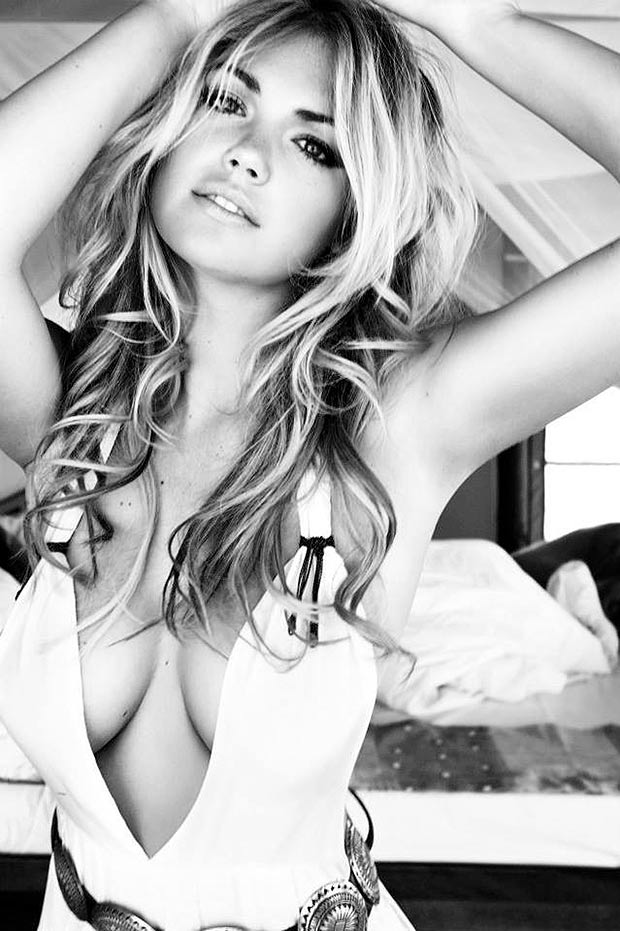 KATE Upton parades the two assets that have propelled her to stardom.

The American model is on her finest form as she poses for Italian label Redemption Choppers’ summer 2013 campaign.

With her arms raised, the beautiful blonde sizzles in a gaping top that draws attention to her much-admired boobs.

She also goes without trousers in a pretty shot of the star sporting a T-shirt adorned with an image of a gun.

Kate, 21, is currently in New York shooting scenes for comedy The Other Woman, alongside Cameron Diaz and Lady Gaga’s boyfriend Taylor Kinney.

Last week she was caught on camera filming scenes for the flick in a tiny white bikini on a beach in the swanky Hamptons area of the East Coast state. 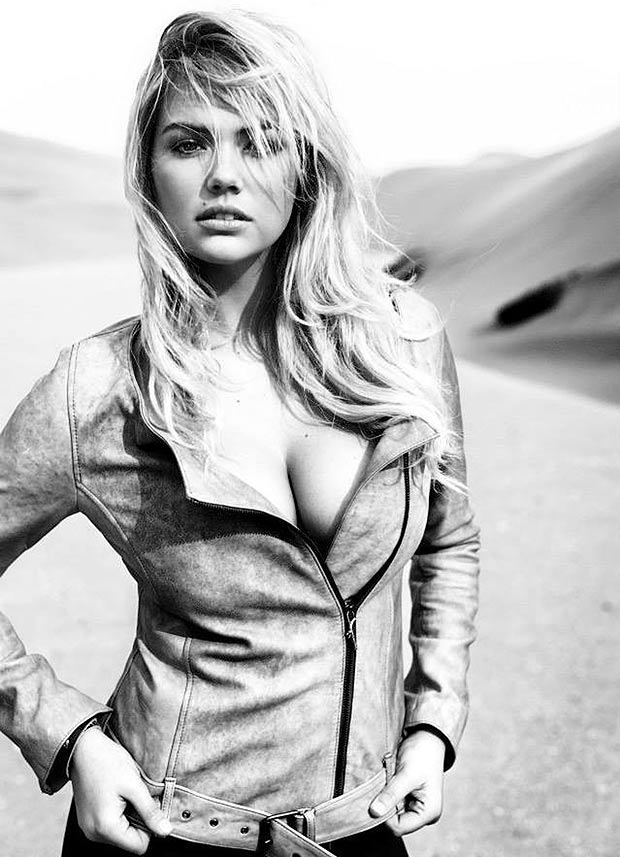 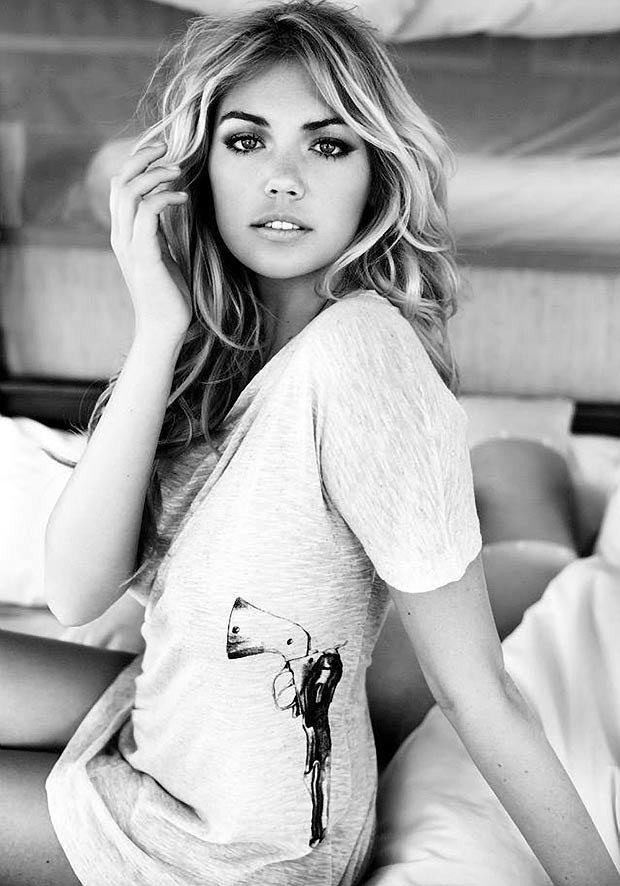