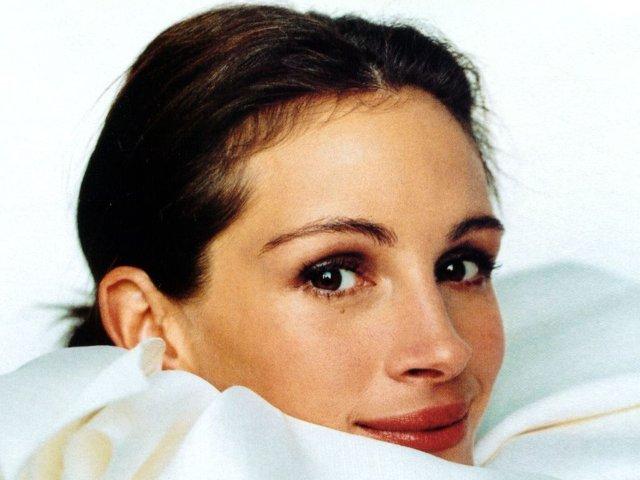 Crowned many years in a row as world’s most beautiful woman, Pretty Woman star Julia Roberts has been among the highest paid actresses at Hollywood for several years. Recently, the 43-year-old beauty appears in a very brief ad for the Italian coffee house Lavazza for which she received $1.6 million (1.2 million euros). In the ad, Julia Roberts poses in the clouds as goddess Venus for painter Sandro Botticelli.

The 45-second ad in which Roberts doesn’t even have to speak will air in Italy over the Christmas holiday. The heavenly ad also features two popular Italian entertainers, Paolo Bonolis and Luca Laurenti who have the solution for the goddess’s refusal to offer Botticelli the smile he needs in order to put the finishing touches to his work of art.

The two Italian stars offer her a cup of Lavazza’s A Modo Mio coffee. If until then the stubborn Venus refused to smile, after just one sip of coffee, she finally gives Botticelli the chance to capture her incredible trademark smile. As the painter returns to his work, Julia turns to the camera and winks.