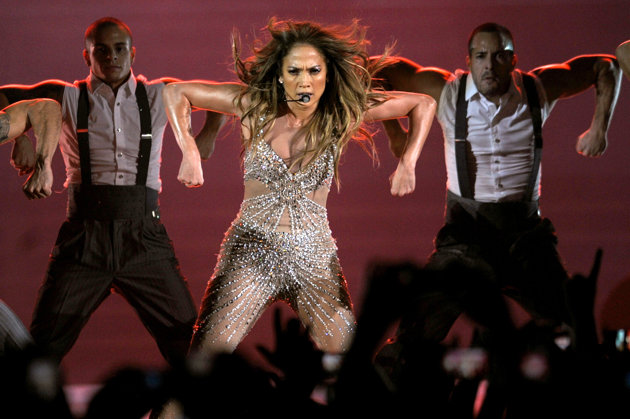 World famous singer Jennifer Lopez performed in İstanbul on Wednesday night as part of her “Dance Again” tour and met her Turkish fans for the first time.

Renowned Latina singer Lopez made Panama the first stop of her tour in May. She has performed for her fans in Latin America, North America and across Europe so far on the tour. On Wednesday night she came together with her fans in Aslı Çakır Alptekin Athletics Hall in İstanbul.

Concert tickets sold out days before the show.

Lopez, who brought her twin son and daughter to the concert hall, performed for approximately two hours.

Her stage performance was visually enriched by lasers, costumes and dance moves.

Fans enjoyed the show throughout the night seeing Lopez perform her most popular songs, including the “On the Floor” single from her “Love” album, which topped music charts all around the world.

Lopez, who was initially scheduled to give only one concert in Turkey, raised the number to three due to the high demand from fans in the country.

The singer will come together with fans again at the Ülker Arena on Nov. 16 and 17. It will be the first time that she will give three concerts in one city as part of her tour.

Born in 1969, Lopez has recorded seven albums to date. Her albums have sold over 55 million copies worldwide and she has been listed as the most influential Hispanic performer in the United States.

Jennifer Lopez has also made a name as one of the highest-paid actresses in Hollywood of Latin descent, making more than $15 million per role.