Will J-Lo Be Returning To American Idol Next Season? 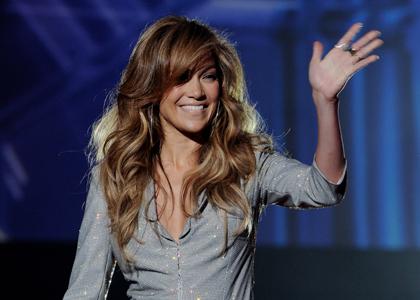 Jennifer Lopez appeared on the Today show this morning and expressed how “torn” she is regarding her decision on whether or not she’ll be returning to American Idol next season. “I think it’s time for me to go,” she said.

She hasn’t made up her mind yet though, and she won’t reach a final decision till she’s wrapped up her concert tour with Enrique Iglesias. She’s probably waiting to see how popular she’s going to get after the tour. If her expectations aren’t met, she’ll most likely be returning.

Reports indicate that J-Lo has already told Idol’s producers that she won’t be returning as a judge during the upcoming season, but sources close to J-Lo deny this.

This isn’t the first time J-Lo’s waited until the last minute to confirm whether she’ll be returning or not. Last year, she didn’t give her OK till end of August when the producers offered her a $20 million per year deal.

Not bad Ms. Lopez, not bad at all!