Gwyneth Paltrow Accused of Being Racist After Using the N-Word 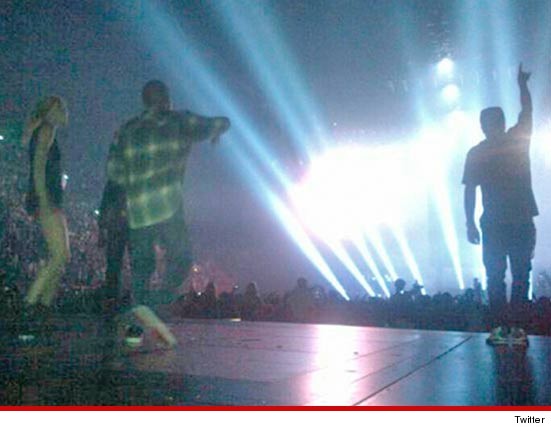 Gwyneth Paltrow infuriated the masses after using the N-word in one of her tweets this past weekend, to describe a Jay-Z and Kanye West concert in Paris.

During the “Watch the Throne Tour” on Friday, Gwyneth took it to the stage alongside the two rappers and decided to tweet the photo with the caption “Ni**as in paris for real” which is clearly the name of the duo’s hit song.

The tweet created a ripple effect of negative internet hype as fans questioned what Gwyneth really meant by using that term. The beautiful blonde actress later apologized by saying, “Hold up. It’s the title of the song!”

Speaking of which, Jay and Kanye performed “Ni**as in Paris” 11 times that night!