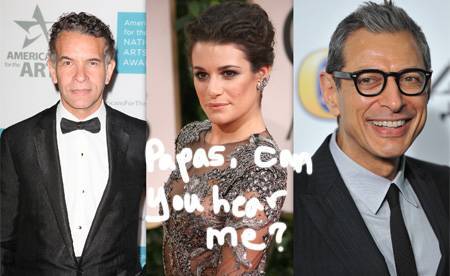 Hardcore Glee fans everywhere will be thrilled to know that Lea Michele’s character, Rachel Berry’s long-awaited two gay dads will finally be appearing on the show.

Their first appearance will be on the Valentine’s Day episode (airing February 14), and they’re going to sing as well!

If any of you Gleeks remember the pilot, wasn’t one of Rachel’s dads supposed to be African American?