Tulisa had better watch her back, because Georgia Salpa is coming after her.

To help her cause, Georgia has put her most persuasive assets to good use, releasing some new sexy underwear pictures which show off her smoking bod.

In one picture the Irish-Greek model is shown on her knees wearing a teeny tiny white crop top and a pair of red knickers.

In another, she gives us a cheeky back shot, exposing her bottom courtesy of a lacey purple thong.

Speaking about the pictures, gorgeous Georgia said: “The shoot was great! I loved wearing the super-skimpy lingerie. It’s great doing a shoot when you feel so sexy.”

And asked which women she thought should make the cut for this year’s list, she girl-crushed on Daisy Lowe and Olivia Palermo, saying: “They’re both gorgeous!”

Georgia’s sexy snaps just so happen to coincide with an announcement that voting is now open for this year’s 100 Sexiest Women In The World.

To give her campaign a ‘digital element’, Georgia also took part in a rather sexy video where men were duped into thinking that wrinkly old women were giving them a blind massage, when actually it was Georgia and some of her equally-attractive sexiest women rivals mates. Those tricksters! 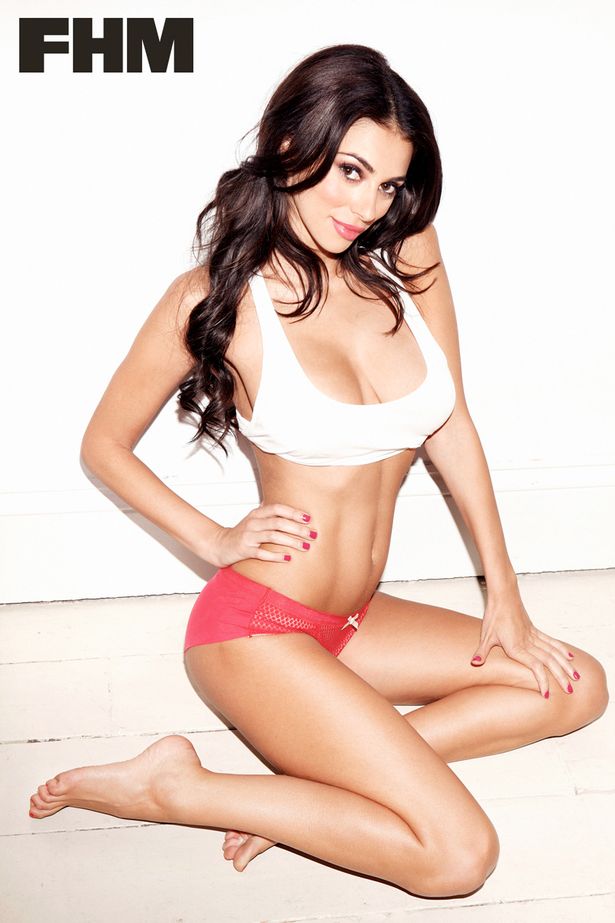