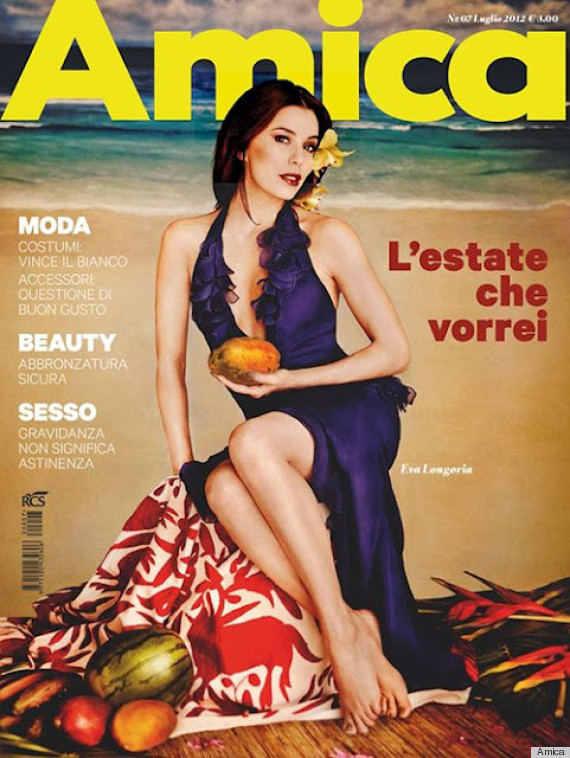 Ever since her rise to fame, Eva Longoria has recurrently been on lists of Hollywood’s sexiest, so it’s difficult to understand why anyone would want to alter her natural beauty. Even after landing a spot on Maxim’s Hot 100 List for two consecutive years, Italian magazine Amica still found it necessary to completely transform Eva on the cover of their July 2012.

As a result of too much Photoshopping, the 37-year-old starlet is completely unrecognizable. The cover features Eva holding what could be a mango and wearing a beautiful purple Lanvin dress. Her skin tone is completely transformed from her usual sexy bronze glow to a milky white, flawless tint. Her cheekbones have also been unrealistically accentuated and look extremely fake.  We would have thought she’d gotten some work done if it weren’t for her interview with OK! Magazine earlier this year in which she admitted she’s scared of plastic surgery, “I’m terrified of needles and knives. I saw those Discovery Channel shows with the operations. The sound of the chisel. Agh! No thank you.”

Furthermore, Amica is no stranger to Photoshopping celebs. In June’s issue, the cover featured Diane Kruger with a bizarrely empty expression on her face and an obviously Photoshopped crown that was clearly pasted on top of her head.

You be the judge. Do you think both celebs got over-Photoshopped or not? 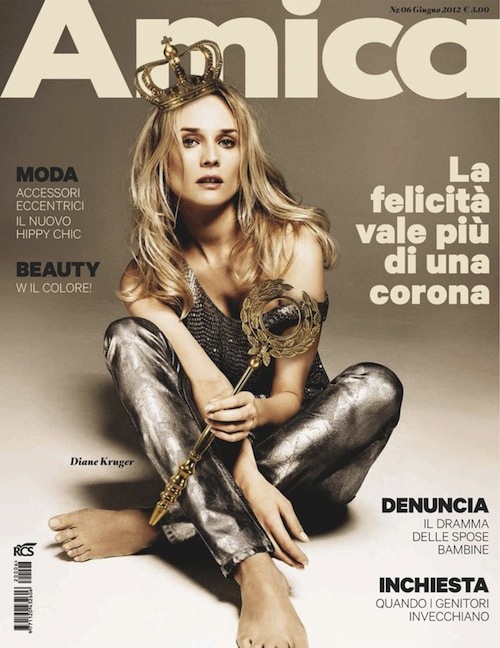