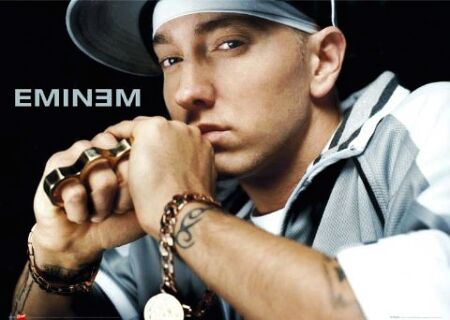 Eminem seems he was in pretty bad shape – popping dozens of pills a day and comparing his habit to Michael Jackson’s. The 38-year-old told Rolling Stone magazine: “I was taking so many pills that I wasn’t even taking them to get high any more. I was taking them to get normal. In a day I could consume anywhere from 40 to 60 Valium. And Vicodin? Maybe 20, 30.

“My everyday regimen would be wake up and take an extra strength Vicodin – and it’d be Vicodin throughout the day.

“As the evening crept up I’d start with Valium. Every hour on the hour, I’d pop four or five more. The Ambien would put me over the top to go to sleep.”

And he admitted said that – just like Micahel Jackson – he would only sleep for a couple of hours despite being doped up to the eyeballs – and then he would get up and ask for more drugs. Still, he says it’s all behind him now and reckons he’s grown out of drugs.

Why do so many celebs get carried away with drugs? Leave your comment below…

Newer Post Haifa Wehbe is on a Roll!
Older PostSecretariat: A Must-See Movie!