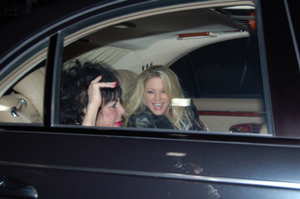 According to American tabloid the National Enquirer, the ailing 78-year-old Hollywood legend, Elizabeth Taylor is fighting for her life after being rushed to a Los Angeles hospital by ambulance.

Elizabeth was transported by ambulance that day from her Bel-Air home to Cedar Sinai Medical Center where she remains in critical condition. “Elizabeth is very sick. Her children are with her,” a source said.

“She’s in critical condition. Everyone close to her is praying.”

Taylor battles several health problems, and regularly appears in a wheelchair when she is in public.