David Beckham, the next James Bond? 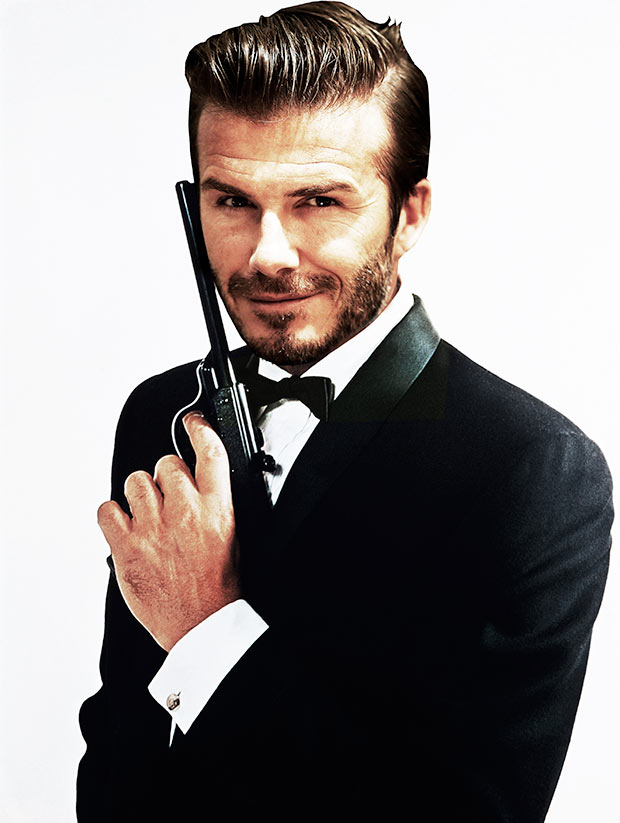 DAVID Beckham is the ideal man to play James Bond, according to his wife Victoria.

The former Spice Girl insists the retired footie ace would be the perfect replacement for Daniel Craig once he quits the superspy franchise.

During a joint interview with the couple, David, 38, revealed he doesn’t share the same confidence in his big screen abilities.

He said: “I have some friends who are actors – Tom Cruise is a very good friend of ours.

“But I don’t think I have any plans to become an actor. I’m not sure I’d be very good at it.”

However, his designer missus vehemently disagreed, saying: “I think you would be really good at acting.”

Turning to the interviewer, Victoria, 39, asked: “Don’t you think he’d be good at acting?

“I think you’d be great. I think he should be James Bond! He’d be a good James Bond!”

“As any working mom knows, it’s a huge juggling act. But absolutely, they inspire me every day – every single day David and the children inspire me.

Newer Post Getting Ready for the NRJ Music Tour 2013!
Older PostExclusive insight from the House of Buben & Zorweg from BaselWorld 2013