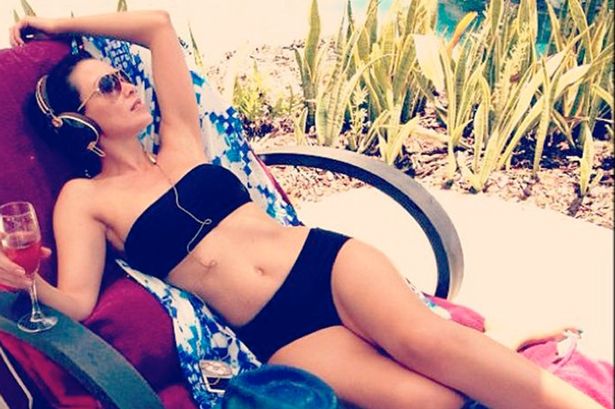 The aging process quite simply does not happen to Dannii, but amazing holidays apparently do

It’s hard not to moan about celebrity holiday snaps, because let’s face it they can be a little galling.

But the truth underneath the pangs of jealousy is that it is actually really fun to ogle celebs in their bikinis, especially when they are as medically mystifying and gravity defying as 41-year-old Aussie babe.

We have tried to convince ourselves that Dannii has clearly been having an extremely dismal time filming her return to British TV with the new series of Britain and Ireland’s Next Top Model in Barbados but it is becoming a bit of a struggle now.

She has been snap happy on her trip, posting pics of her in every possible relaxing pose and we’re loving it and hating it at the same time. Following in the footsteps of her new top model mates, Dannii practised her most slimming angles.

In a bandeau bikini by the pool she tweeted: “#bintm who hates posing by the pool??? #StretchOutTheMuffinTopPose #PickingUpModellingTips.

Although we’re not sure Dannii actually knows what muffin tops look like. Perhaps someone should explain.

On the surface her tweets might seem like she is having an amazing time but we have decided (to make ourselves feel better) that there must be a more woeful subtext she didn’t mention.

Like this tweet she posted alongside a picture of her absolutely banging silhouette: “Getting ready for sunset drinks with #bintm crew #pop #fizz #yes.”

Aren’t there a lot of mosquitos around sunset? Maybe the champagne was flat from the heat of the day? Perhaps she was injured by the popping cork?

Personally we hate waterfalls and the warmth of the setting sun on our faces. Ugh, your working trip looks really terrible. Poor, poor Dannii Minogue.

Still, she’s a bit more subtle than these nakey celebs… 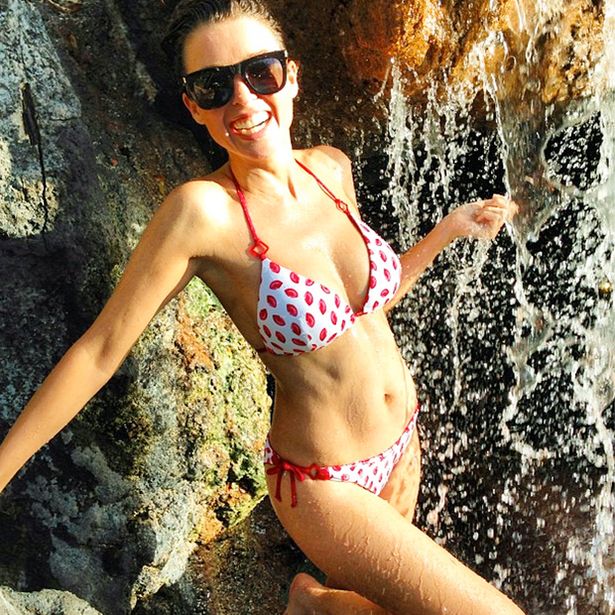