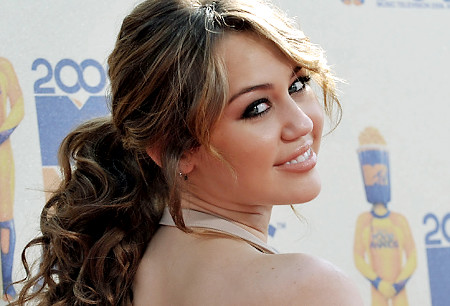 Blindfolds and panties and grinding – oh, Miley, no wonder parents are on a rage… In here new music video for her new single, “Who Owns My Heart,” a sultry, club-worthy pop anthem, Miley Cyrus once again proves that her she is no longer the Disney girl once known. 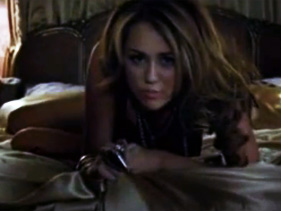 Cyrus shows off her inner vixen – and legs – as she flaunts her body on a bed, sans pants, before she hits the club for some girl-on-girl action… to say the least. Some believe the 17-year-old singer’s racy image is damaging to her legions of young fans.

“It is unfortunate that she would participate in such a sexualized video like this one,” Winter said. “It sends messages to her fanbase that are diametrically opposed to everything she has done up to this point. Miley built her fame and fortune entirely on the backs of young girls, and it saddens us that she seems so eager to distance herself from that fanbase so rapidly.”

This isn’t the first time the Disney star has faced controversy in her attempts to break away from her squeaky-clean, teen idol status.

“I’m a completely different person [than when I released 2008’s Breakout]. I’m much more confident. You know, I’ve always been a confident person, but I was going through a lot then,” Cyrus told MTV in June. “There’s so many people in your life telling you who you should and shouldn’t be,” Cyrus said. “And that’s what Tamed [is] about. It’s about being who you are to the fullest. And now I know who that is.”

The girl is growing up… what do you think?