Claudia Schiffer and her £1m indecent proposal from an Arab prince 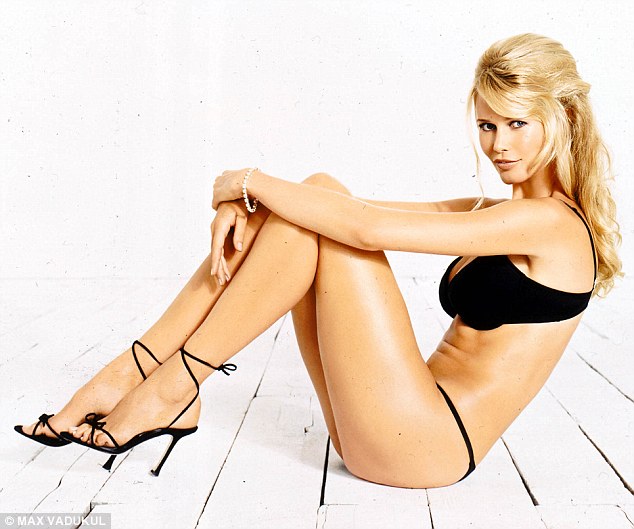 Supermodel Claudia Schiffer reveals how she once turned down an offer of £1million to spend the evening with an Arab prince.

The German beauty says being a catwalk queen and one of the world’s most photographed women has led to a number of unusual propositions.

She says: “I’ve had loads of weird ones but the strangest was from an Arab prince.

“He asked if he could hire me for a dinner for a million pounds. I declined – and some other supermodel took it!”

Claudia, 43, is not the first high-profile star to reject such an approach. Myleene Klass revealed in 2010 she received an indecent proposal over lunch with a Hollywood A-lister.

And actress Stephanie Beacham claimed on Big Brother in the same year she was offered £40,000 by a stranger for sex.

Speaking on this weekend’s Jonathan Ross Show, Claudia also confesses she hides her extreme shyness behind her modeling persona.

She says: “I am just shy when there are lots of people. I’m OK when we’re just one on one, or maybe four people, or six. More than that is not really comfortable for me, it doesn’t feel good.

“I’m a really, really shy person. It does help when I’m in make-up or getting dressed up. That’s why modeling kind of works.

I thought it was never going to work until I put the make-up on and you couldn’t tell that I was turning red all the time.”

Claudia shot to fame two decades ago after high-profile campaigns for brands such as Chanel and Guess. Recalling her early modeling days in Paris, she admits: “I would be thinking, ‘I don’t want to be here.’ But once I put the full make-up on I’d go, ‘OK, I can cope – no one can see what I’m thinking’.”

In the interview, 5ft 11in Claudia also reveals that she was far from popular as a gangly youngster. She says: “I was the loser at school. Everyone called me ‘Duck’ because my bum stuck out, and I walked kind of funny because my legs are a bit funny, and I was really tall.

“Everyone was sort of the same height except me and I didn’t have any friends.”

Claudia, who has three children – Caspar, 10, Clementine, nine, and Cosima, three – with film director husband Matthew Vaughn, says she is pragmatic about the ageing process and doesn’t worry about gaining a few wrinkles.