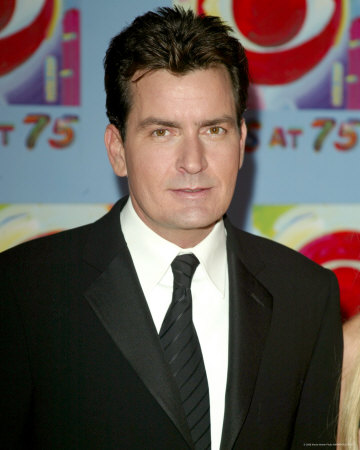 Early Tuesday morning, Charlie Sheen was found in the Eloise suite at the Plaza Hotel here in NYC naked, coming down from a coke binge, and bleeding from an incident involving the chandelier. Oh, and how could I forget! There was a naked escort locked in the closet…as if she was the shameful activity. And his two young daughters were right down the hall from him! He is to be treasured.

After the incident, his representative told us it was an “adverse allergic reaction to a medication,” which really just shows us that some people are really boring when it comes to playing Mad Libs. Sheen was taken to New York Presbyterian Hospital for psychiatric evaluation, and he agreed to pay the hotel $7,000 for ruining the suite and doing everything short of writing “REDRUM” on the walls with the escort’s share of his blow. He wasn’t arrested when he was found in the hotel because he elected to go to the hospital, and cops couldn’t find any drugs on the scene so no criminal charges were filed against him. Today, Sheen told RadarOnline that he’s totally fine, and we’re all crazy for thinking this is something more than someone’s normal reaction to having their prom date rescind their invitation. He even made a funny and said, “The story is totally overblown and overplayed as far as the reality of the scenario.”

Isn’t it fun to imagine which part of the “scenario” is overBLOWn? Do you think the media reported that it was an escort, when it was really just a hermit crap trying to find a new home in a shoe? Or do you think that instead of him doing lines of coke, he was doing waiting to get on line because he’s silly and still uses AOL? OR, do we think he called the chandelier “Chandler from Friends” and he got punished?

In any case, Sheen is keen (nice) on going back to work. His representative said he was currently filming a cameo for one of his friends’ movies, and he would be back to making $1.8 million an episode on Two and a Half Men next week. So rest assured! Even you, Martin Sheen! Everything is F-I-N-E!

Newer Post Halloween at Alba
Older PostWhat, Where, When