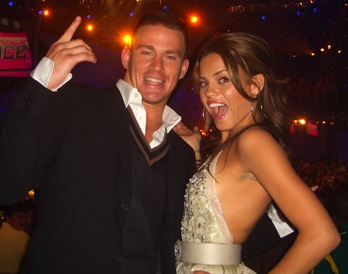 The Sexiest Man Alive will soon be a sexy dad.

Actor Channing Tatum and his Lebanese wife Jenna Dewan-Tatum are expecting their first child in 2013, their reps confirm.

The news was first reported by People.com, which named Tatum the Sexiest Man Alive in November.

Besides a baby, the new year will be a busy year for the parents-to-be. Tatum has at least four movies in the works while Dewan-Tatum appears on this season of “American Horror Story: Asylum” and has a TV movie called “She Made Them Do It” premiering Dec. 29 on Lifetime.