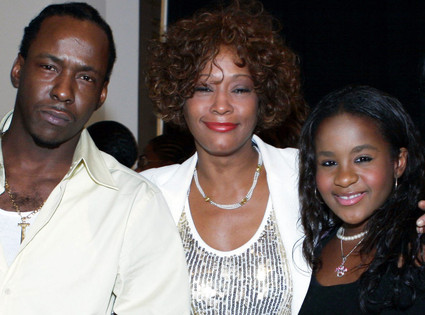 After Whitney Houston’s death, Bobby Brown is attempting to get his hands on his ex-wife’s money by leeching on to his daughter, Bobbi Kristina.

His daughter is the only heir to Whitney’s fortune, so Bobby is trying to win over her affection so that he can gain some of the $20 million estate that is estimated to double in value by the end of this year.

Whitney’s family is sure that Bobby’s broke, and Cissy Houston is trying her best to prevent Bobby Brown from coming close his 18-year-old daughter Bobbi Kristina, worrying that it’s just a trick to fill up his pockets.

Friends of Whitney’s family have already contacted Bobby, warning him that he’s not welcome at his ex-wife’s funeral and in his daughter’s life.

There are a lot of negative vibes between Whitney’s family and Bobby Brown, as they believe that he’s the catalyst behind Whitney’s substance abuse and that he’s also responsible for his daughter’s drug and alcohol problems.

However, Bobby Brown explains that he’s aware of the family’s hatred toward him and he wants to make peace for the sake of his daughter.

Do you think Bobby Brown is the reason behind Whitney’s substance abuse?

Do you think he really cares about making amends or does he only care about the money?