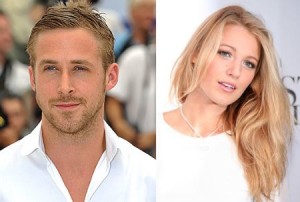 Ryan Gosling and Blake Lively were all over each other during the Premiere of Ryan’s new movie, Blue Valentine. He was not accompanied by his co-star Michelle Williams, but instead was being very intimate with Blake who was by his side all night. She was in Paris the day before, shooting a Chanel commercial so she must have been pretty excited to see Ryan since she got on a plane and flew back in time for the movie’s premiere. They were both spotted acting like way more than friends in the VIP area of The Standard at the Blue Valentine party.
Although they left separately, they met at the Standard Grill later that night accompanied by two other people.

Could this be the beginning of a sizzling new romance between the two sexy stars? Is Penn Badgley out of the picture for good?
Rumors have been going on about these two for a while, so what do you think? And do you think they’d make a hot couple?