Beyonce puts the fizz back in pop with amazing Pepsi ad 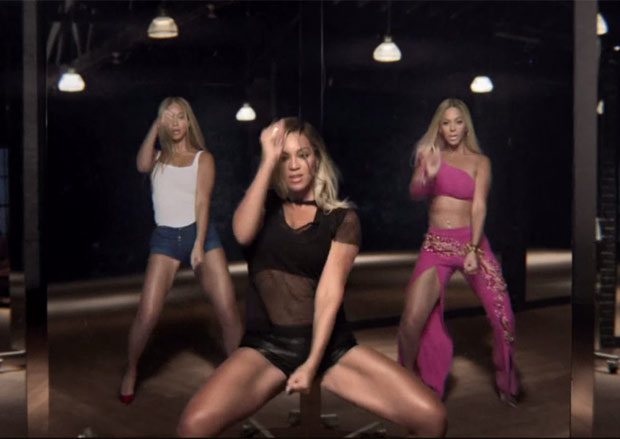 BEYONCE has a dance-off with her past selves as she unveils her new single, GrownWoman in an amazing new video.

The Single Ladies star uncorked the Pepsi ad which sees her meeting herself from her Bootylicious and Crazy In Love days as well as resurrecting alter ego Sasha Fierce for a Single Ladies’ style hand dance.

The video starts in a mirrored studio with the 31-year-old beauty struggling with her dance routine – until opening a can of drink and looking in the mirror.

And she sees all her past looks come back to life for a sizzling dance routine.

The advert is part of a reported £30 million deal signed by the singer.

Talking about the shoot she said: “It was the first time I saw those costumes in years and it was very emotional.

“Beyonce added: “I’m proud of those moments and they all connect in some way and have helped me evolve into who I am today.”

The mum-of-one – who celebrates her fifth wedding anniversary today – announced the arrival of the visual treat with a teaser earlier today.

But while fans may have been expecting a new music video – or even a more personal announcement — the resulting video didn’t disappoint, capturing some of the sexiest moments of her career.

She said: “I had so much fun collaborating on this campaign with Pepsi. I got to re-live some of my favourite past characters and looks.” 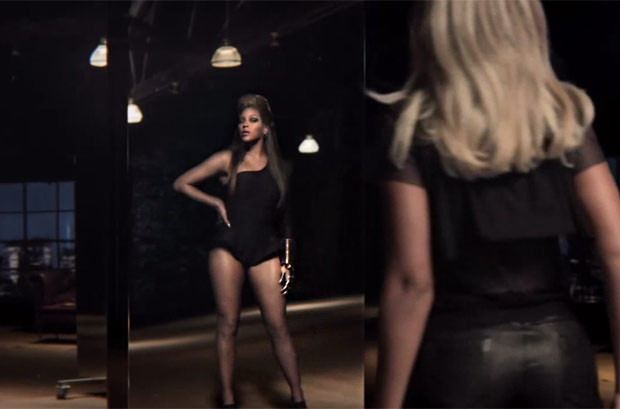