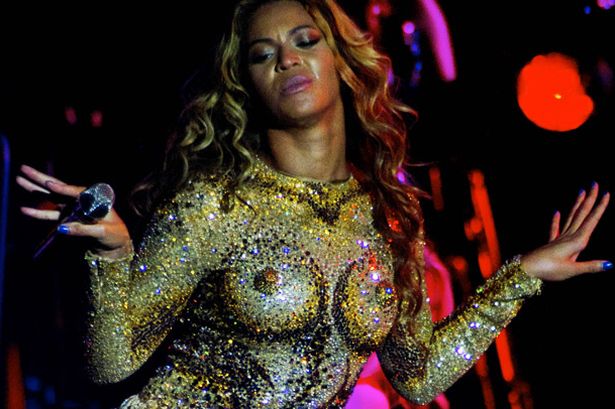 Queen Beyoncé was never going to emerge on stage in a comfy onesie, was she?

But we weren’t expecting her to shimmy on in such a nipple-enhancing outfit.

The singer made sure all eyes were on her and her well-sculpted chest as she amazed crowds in a gold sequin-encrusted bodysuit with fake boobs.

A sexy version of the C-3PO-inspired costume, she hit the stage during the first show of her 2013 Mrs. Carter World Tour on Monday night in Belgrade, Serbia.

The 31-year-old entertainer raided the fancy dress wardrobe with a range of eye-popping outfits and did her best bit of lung-bursting during a set list of over 20 songs.

The yummy mummy is off to Europe next and will eventually end up in the US for the North American leg of her high-kicking tour.

Just looking at her doing those booty-shaking moves makes us want to reach for the inhaler.

And when she’s not entertaining millions of fans worldwide with her tonsils, she’s fronting a new campaign for H&M.

The icon can be seen lounging round in bikinis and looking (Sacha) Fierce.

Or she’s busy burning her bra.

She can also be seen in a new viral video for Chime For Change – where she’s a co-founder with Salma Hayek Pinault and Frida Giannini – alongside celebs including Blake Lively, pop tart Katy Perry and Halle Berry declaring that anything is possible for women round the world.

Gucci’s new global campaign has footage of her explaining how she tells daughter Blue Ivy every day that she can be President.

Give the woman a Halo. Oh, she’s already got one. 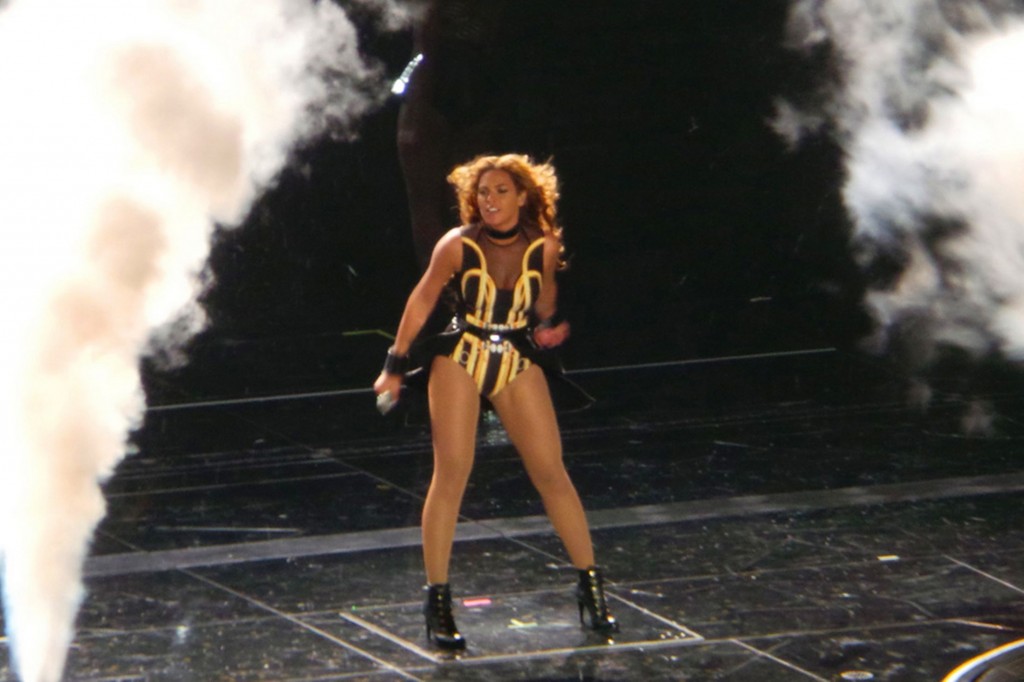 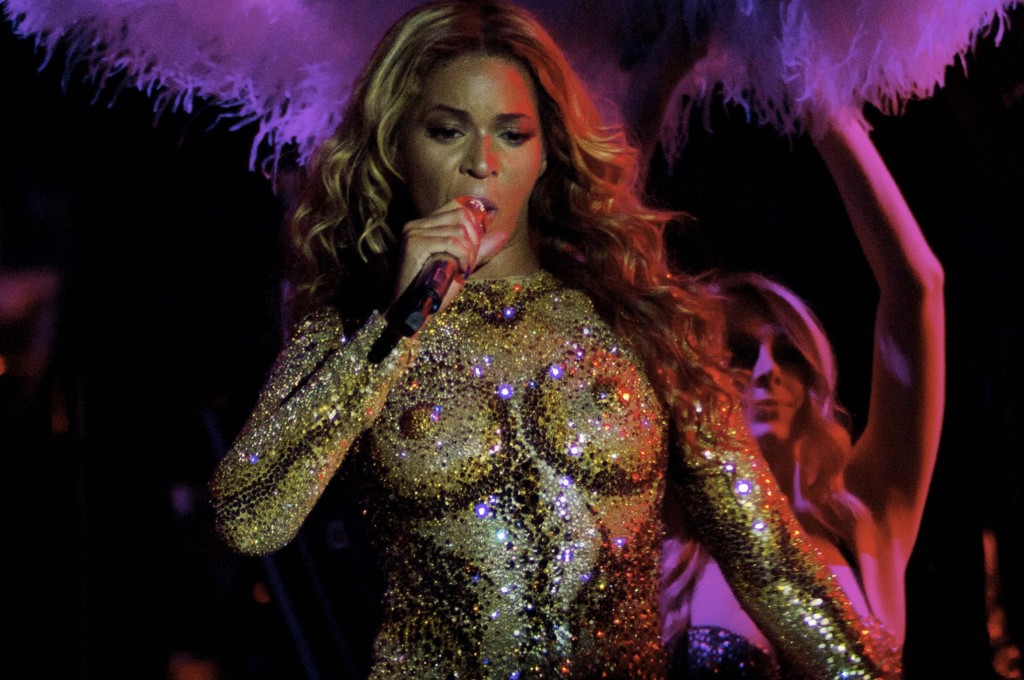 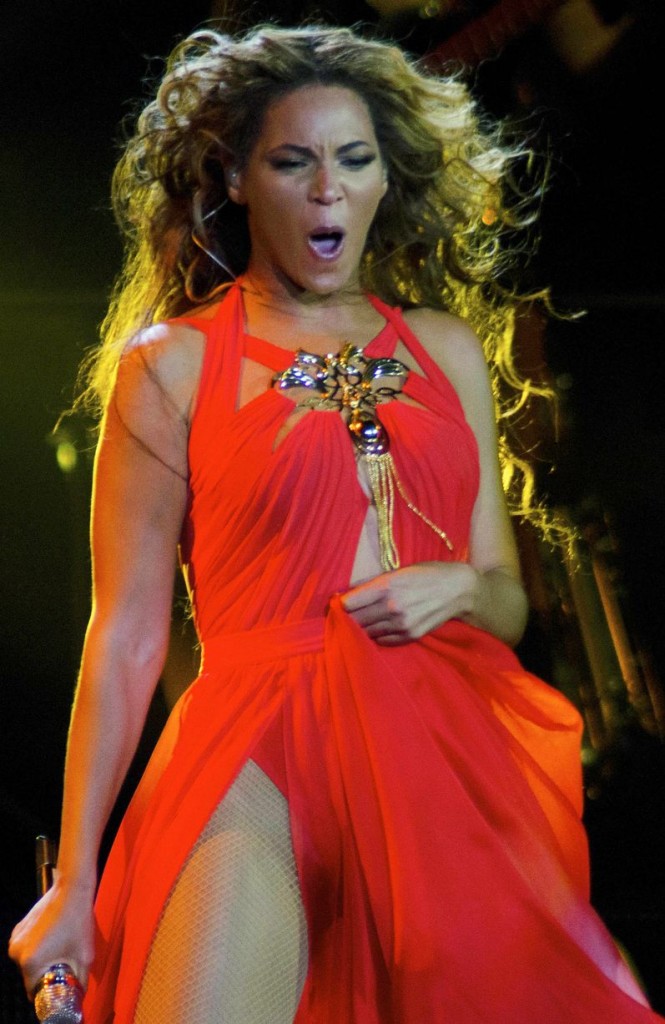 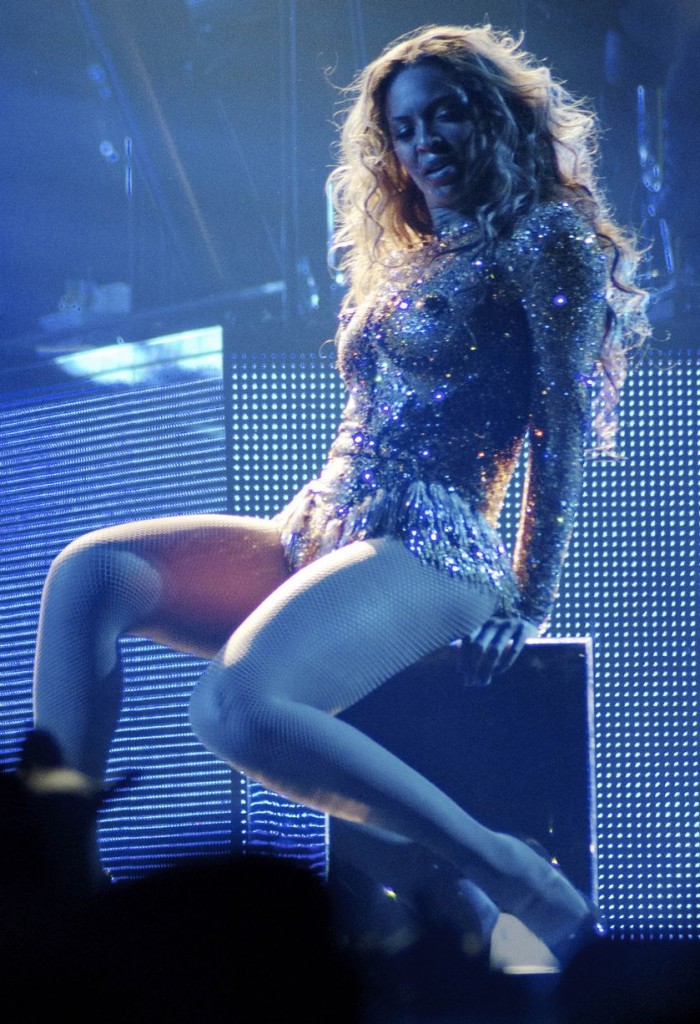 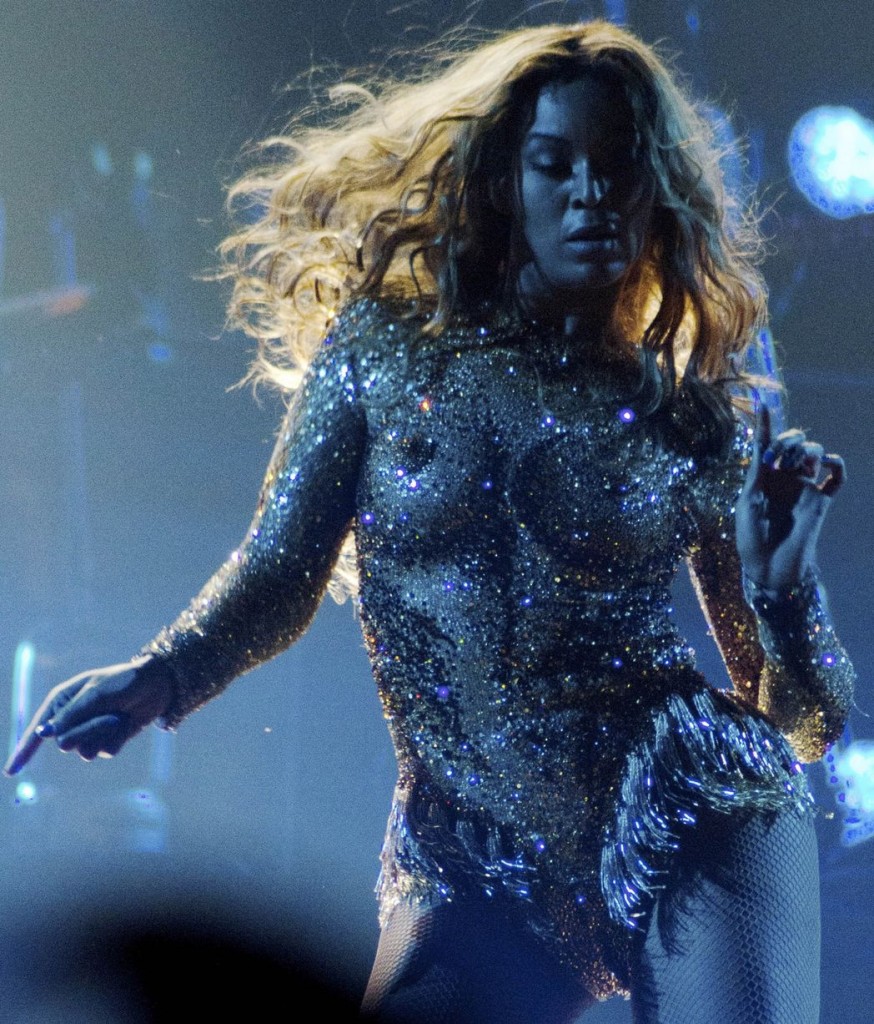 Newer Post How to be beautiful: The best lip pencils
Older PostPalais Likes it HOT!