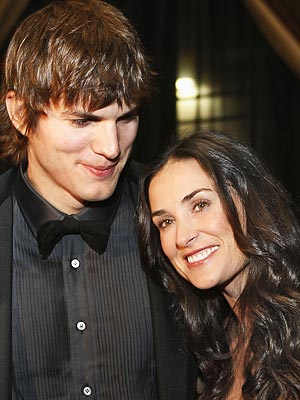 Rumors that Ashton Kutcher alleged mistress, Brittney Jones exposed said that Kutcher has shared intimate and sizzling details about his married life with wife 15 years his senior. Jones says her affair with Kutcher was just the latter’s way of taking advantage of his open relationship.

“Ashton said he and Demi have an open relationship and have threesomes often. I didn’t feel at all like he had just cheated on his wife. It felt normal and OK,” Jones tells Star Magazine.

“He said they share women, but he isn’t supposed to go off and sleep with women on his own.

“He explained that he and Demi had a deal where they had to share lovers. He felt bad that he had been with me and didn’t share.”

Recent reports claimed Demi and Ashton are bracing themselves for even more revelations about their marriage.

“There is a lot more information to come out,” a source told the PopEater website.

“If the two of them think this is all going to go away now that they have been seen together in public, they are mistaken. The floodgates have been opened.”

Since the infidelity issues sell like hot pancakes to all nosies,the couple has never gave a single hint that they are affected with the issues and has been making public appearances more too often.