Are Demi Moore and Ashton Kutcher Getting Back Together?! 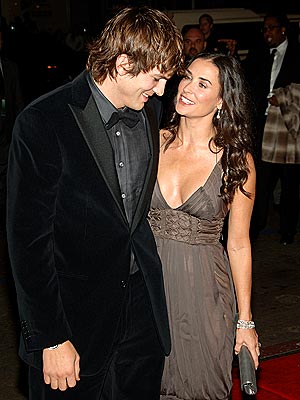 After their terrible breakup because of Ashton’s cheating, who would have thought that Demi Moore and Ashton Kutcher would ever reconcile?

While celebrating the birthday of the man who wedded them, Demi and Ashton were seen “locked in a 60-second embrace,” according to sources.

While giving the birthday toast, Ashton said, “I’ve made so many horrendous mistakes this year,” then burst into tears. Sources say that Demi was paralyzed, filled with emotions, and unable to react. They were later on spotted talking to each other intimately.

They started to chat and were extremely affectionate. She was staring at him like a love-sick puppy. They are still desperately in love and could be on for a reconciliation. The divorce isn’t being processed right now.

There have been no updates on the two since the birthday party and no one knows what’s really going on, but could this be the beginning of reconciliation?

Is it possible that the breakup made them see things from a different perspective and realize they can’t live without each other?