Angelina Jolie NOT Sexy In Vogue US December 2010? 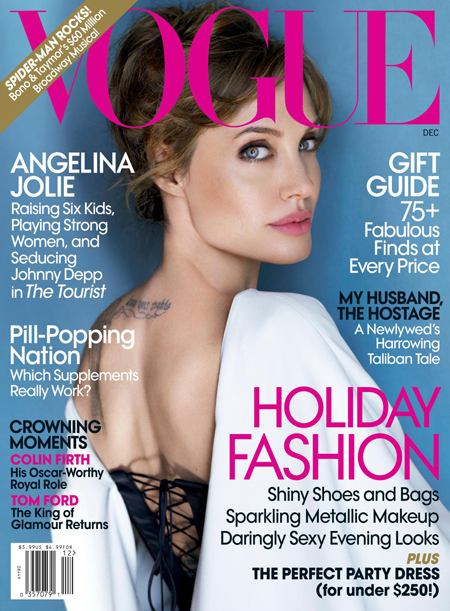 Everyone knows Angelina Jolie. Her face isn’t something you can forget. Her latest photo shoot for Vogue December 2010 issue looks great. Angelina looks fresh and beautiful on the cover.

Reports say that despite the fact Angelina Jolie poses in corsets and her legs widely spread for Vogue December 2010 issue she does not look very sexy. Her extreme thinness isn’t attractive. Even with a bit of retouching she still looks unhealthy. 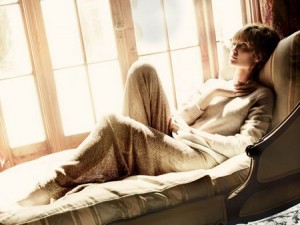 In the interview for Vogue US December 2010 edition Angelina talks a lot about her family, partner Brad Pitt and children. She also reveals that she isn’t a good cook and her nine-year-old son Maddox is better in the kitchen than she is. He likes encouraging his mother telling her ‘Good job!’ when she makes breakfast.