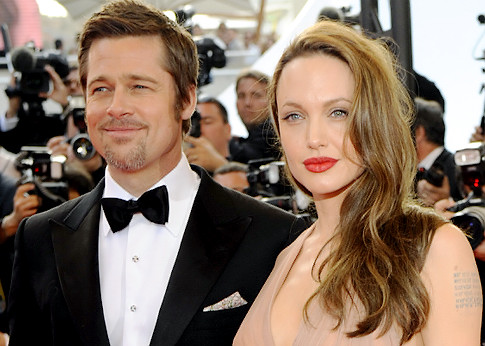 Despite many reports claiming to the split of Angelina Jolie and Brad Pitt, other reports say that the couple have secretly tied the knot. The two have been together for five years with six children without the bond of marriage.

The magazine America’s In Touch Weekly wrote that the couple Pitt and Jolie held a secret wedding ceremony on a beach in the Indian Ocean. They exchanged wedding rings and gave their promise to legalize the relationship. The news has been circulating for wedding plans since in the middle of 2010, and this news was closing the issue about the rift of their relationship. The news even reported that made the ex-wife of Pitt, Jennifer Aniston, devastated. Aniston felt she was betrayed for the second time.

Aniston and Pitt divorced in October 2005 after knitting a wedding for five years. The divorce was marred by the news of an affair of Pitt with Angelina Jolie, which allegedly originated from the love location when they were acting in the movie ‘Mr and Mrs Smith’. Although initially denied the affair, the facts showed that Pitt decided to live in the same house with Jolie after the divorce. Brad Pitt and Angelina Jolie walk on their domestic life without marriage. Since then the media always portray Aniston and Jolie as the enemy.

Apart from the wedding news, Pitt asked Jolie to continuing to urge immediate counseling to save their household harmony. This is related to Jolie unstable and explosive emotion. “Pitt thinks that Jolie has big problems with her emotions, and Pitt wants Jolie to overcome it soon before it’s too late and regret,” said the relatives of the couple.

“Pitt believes the best way is to undergo a treatment.” Pitt worried if Jolie does not immediately deal with it, this condition will bring negative impacts, not only of their relationship, but also the emotional growth of their children. “Pitt wants Jolie to immediately conduct an intensive therapy.”