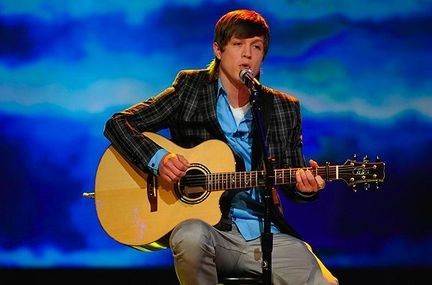 Former “American Idol” contestant Alex Lambert has fallen on hard times. A top 16 finisher who competed on the show’s ninth season, Lambert, 20, revealed to his fans that he’s been sleeping on the streets of Los Angeles.

After Idol, Lambert took part in Simon Fuller’s Internet “post-reality” series about struggling actors, models and musicians trying to make it in L.A.

While he was on the show, Lambert and his castmates – including Miley Cyrus’ ex Justin Gaston – moved into a multimillion-dollar mansion and were mentored by songwriters and image consultants.

“Ever since IICD ended I’ve been kinda homeless!” Lambert Tweeted. “Sleepin on the street and behind buildings. I have a choice to stay and pursue my career or go back to Texas and not do music! I’m usually a strong person but I can’t take it anymore.”

Despite his recent misfortune, the singer-songwriter – whose “Idol” elimination was deemed one of the more shocking cuts in show history – says he’ll continue to find a way to make music.

“I’m a poor boy yall! Never had nothin in my life,” Lambert blogged. “Please be grateful for everything you have. Because there’s people out there with nothing! There’s no way I’ll ever stop making music as long as I live.”