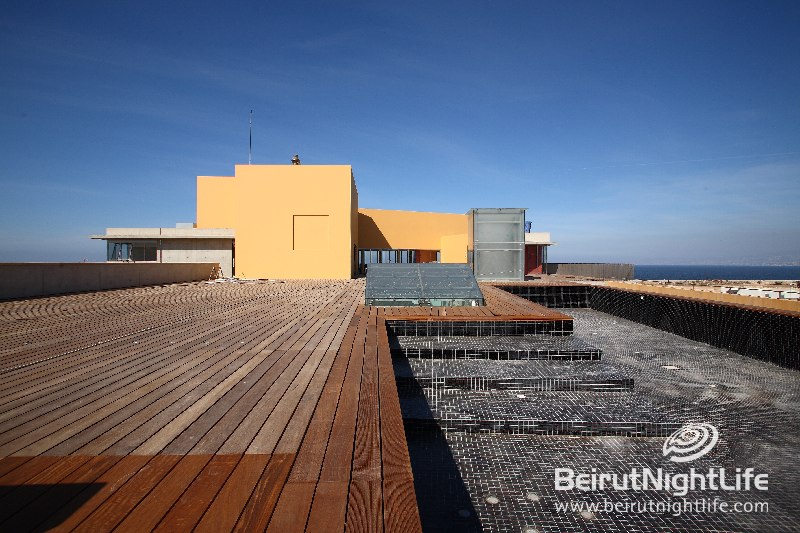 Beirutnightlife’s Anthony Rahayel brings us an exclusive set of amazing and never seen before images of the inside of the Beirut Hilton Hotel on Beirut’s Waterfront. Although it’s ready, the hotel has not opened yet.  Who knows, maybe with all the action and development taking place in that area, the Hotel might just be a part of celebrating Beirut City.

The first Beirut Hilton hotel finished construction and was supposed to open on April 14, 1975. However, the Lebanese Civil War erupted exactly one day before the Grand Opening date on April 13. The hotel was never opened and was severely damaged during the war.

In the 2000s, work on a completely separate Hilton Beirut Hotel begun, but it was never completed. The construction of the five start hotel on a 1,760-m2 site, located in Beirut Central District started on an existing building, which was partially destroyed during the Lebanese war. Together with original set up, the addition of three new basements under the existing building and the construction of a new building adjoining to the existing were on tract. Upon completion of the project, there would be a total of 162 rooms.

Apparently there was a special attention to architectural and interior design details of the hotel in order to create a fashionable designer high quality hotel.

Who knows maybe it will open. Until then, remember where you saw it first!

Newer Post Club One at Beiruf Goes Off!
Older PostSummer Music Festival at B018