Weekly Leaks: What Will Be Stirring Hamra Around Soon? 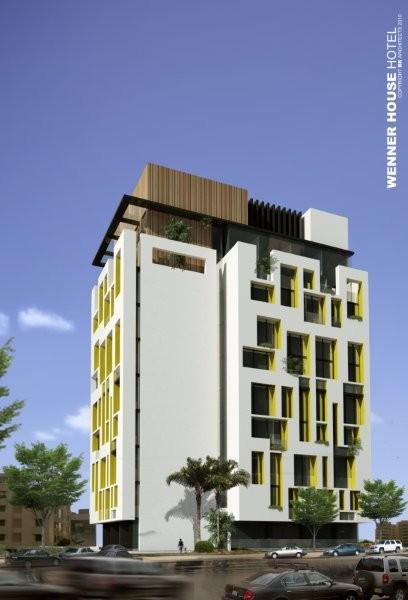 Hamra has become a haven for new restaurant, pubs and coffee shops… and recently the new DRM club… but still the real clubbing scene that we are witnessing on new areas in Lebanon as well as old has not tapped Hamra’s ambiance so far- But it seems that there’s this one guy, Ali Saleh, who has a plan to change all this… with a club within a hotel he is working on is expected, in his words, to stir Hamra around.

A while back, a hotel, in the heart of Hamra stood tall. It was one of the only two hotels in Hamra in the past… that housed most Arab celebrities over the years. One of which was Bristol Hotel. This hotel has been a family owned hotel since 1986. It was originally owned by an Austrian group and that’s where its name came from, Wienner Haus Hotel since it was based on a theme from Vienna.

Due to financial problems the hotel was forced to unfortunately shutdown in 2004.

In 2010, Ali Saleh, a fresh AUB graduate with a CV in marketing, Public Relations and Entertainment Management;  decided to venture into renovating this hotel and re-opening its doors to a new modern design and bringing in some new fresh ideas to Hamra. Ali started renovation almost 15 months ago and in just two more the grand opening is expected to take place.

“Just like I plan to bring back the true hospitality of the WH hotel I also plan to bring back its nightlife. We all noticed the Pub revolution that Hamra is going through, my plan is to add to this wave a new concept of nightlife in my hotel. I would not like to reveal much of my ideas in design but I promise to present something that will cause a stir in Hamra and all of Lebanon.”

Ali explains that he is collaborating with a young and talented architect/designer and a good friend of his, Tarek Berri, who was among the group responsible behind designing Sky Bar among other projects.

Hamra may just house be the next best thing!

Project at a Glance