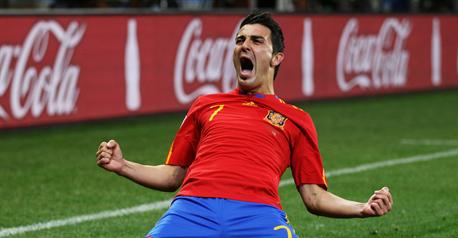 David Villa, “Le Guaje” led the European champions Spain to demolish the dreams of the -ethical C. Ronaldo of Portugal 1 – zero and qualifying to quarter-finals of the World Cup 2010. After a game full of chances for both sides, Villa managed to score in the 63rd min. triggering madness in Madrid. After the end of the game, many irresponsible acts were registered from the Real Madrid star, such as spitting at the camera, and storming out of the pitch. Spain will face Paraguay in the next round. 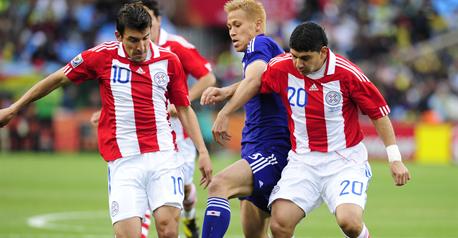 After 120 minutes of sweat and exhaustion, Paraguay managed to qualify to the Quarter finals through the Japanese gate after winning 4-3 in from the penalty spot for the first time ever in the history of the South American nation. The match was not up to the standards and the Japanese were slightly better offensively. The Japanese proved that Asian soccer was not an easy catch and were very competitive during the game, but luck smiled in the end to Paraguay to face the winner from Spain and Portugal in the next round.