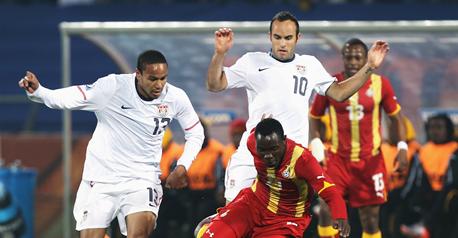 The striker of the French club Rennes led his country Ghana to the quarterfinals for the first time in its history, scoring the winning goal in the range of the United States 2-1 in the 93rd min. Ghana is the third African nation to reach the quarter-finals of the world after Cameroon 1990, Senegal 2002.

Suarez Takes Uruguay to the next round after 40 years of waiting! 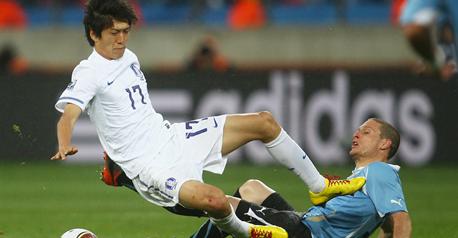 Luis Suarez, Ajax striker, was the man of the match scoring twice in one of the most difficult games against S.Korea. The S. Koreans showed that they were not an easy catch for the South American team, and gave them one hell of a challenge. Uruguay scored first after a fatal mistake from the keeper in the 8th min. The S. Koreans waited till the 68th min. after launching attack after the other to score. The star of the match had his saying by the end of the game, when he scored a fabulous goal in the 80th min. ending the game with this result.