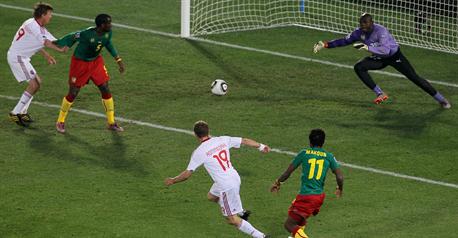 The Danes beheaded the toothless Cameroon lion yesterday after defeating them 2-1 and sending them back home early this year. The Cameroon useless attacks were not effective at all, all match long. In the 10th min. striker Eto’o managed to take advantage of a defense mistake and scored for the Cameroon side. The Danes then scored twice in the 33rd min. by Bentender and 66th min. through Rommedhal. This leaves the second pass for the group between Denmark and Japan in the final round of the first stages. 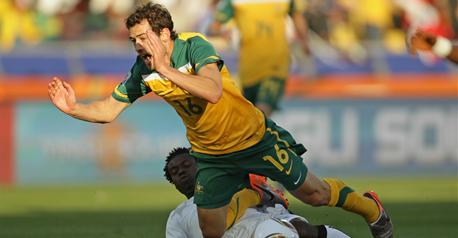 The Kangaroo’s managed to revive their chances yesterday with a draw to Ghana. The Aussie’s were close from the win after presenting a great display of football. The Australians scored first in the 11th min. a clumsy mistake from the Ghanian goalkeeper,  and the Ghanian forward scored from the penalty spot in the 26nd min. After this draw the cards in this group have been shuffled, and the math will decide who will be go through to the second round.

Netherlands to the second round from the Japanese gate 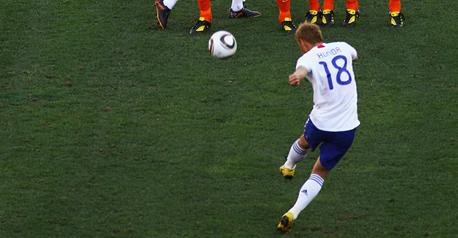 It was not easy for the Oranje to defeat the Japanese computers. The Dutch had to wait till 53rd min to score, and defend the waves of Japanese attacks on the Orange goal. With this score, Netherlands book their seat in the second round before the final game with Cameroon.

Newer Post Give them a chance!
Older PostGC pres. NAMITO (Berlin) ft. PURPLE at THE BASEMENT