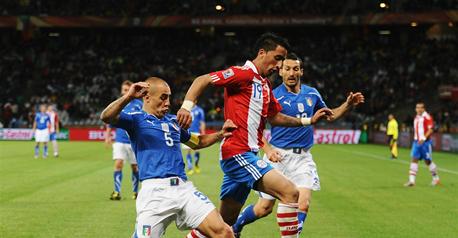 Italy and Paraguay end it in a draw

World champions fail to win in their opening game and draw with Paraguay. The match was not up to the expectations, and the Paraguay side managed to score first from a header by Alcaraz (39th min.). The second half with a number of changes in the Italian side, the Azzuri managed to score after a fatal error from the goalkeeper and De Rossi took advantage to equalize (63rd min.). 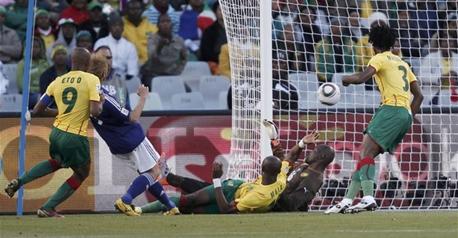 The Japanese National team presented a great soccer display in an Afro-Asian competition in Group E. The Blues succeeded in taming the Cameroon Leo Samuel Etoo and his fellow teammates in one of the strongest matches in the tournament. Keisuke Honda scored for the Japanese side (39th min.) before the end of the first half. The game ended 1-0 wuth dozens of chances wasted from both sides. Netherlands heads the group, then Japan, then comes Cameroon and Denmark.

The Orange troops Defeat the Danes 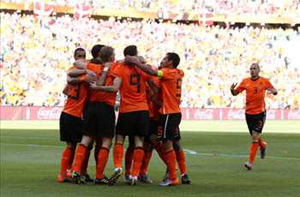 Oranje succeeded in the first match of the tournament after defeating Denmark 2-0 in the opening match of Group E at Soccer City in Johannesburg. The first goal was an own goal in the beginning of the 2nd half by midfielder Poulsen (47th min.), before a smart substitution entering Elia who moved the match gave another goal to the Dutch, in the 85th min. by Derek Kuyt. The Oranje will wait for the second match of the group to between Cameroon and Japan to decide who will top the group.