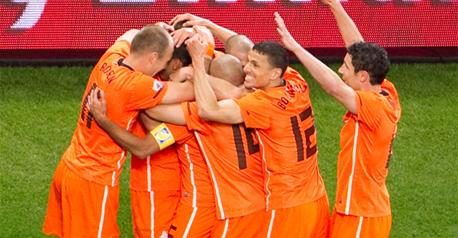 Netherlands to the Finals

The Dutch managed to pass the Uruguayan side after a difficult match in the Semi-Finals. The blue fighters kept attacking till the last minute before the referee gave the permission to Netherlands to move forward. Gio, Robben and Schnieder scored for the Orange side, while Forlan and Perierra scored for Uruguay. This is the third final that Netherlands will play in a pure European Final against either Germany or Spain.