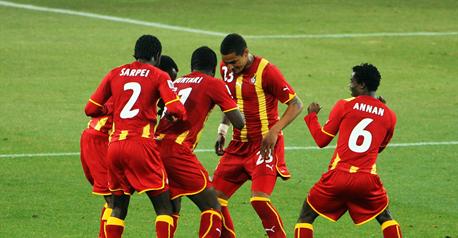 Ghana hand the ticket to Uruguay for the semi-finals

The black stars presented the ticket of the semi finals ticket on a golden plate. After a strong match and two extra timings, Ghana lost to Uruguay from penalty kicks. The shocking part of the game is the last minute of the second extra time, after Gyan Asamoah wasted a penalty shot that could have ended the game without going to the lucky shots. The irony of the situation was when Suarez, the Uruguay striker, played a hand ball that prevented a goal and gave a penalty kick to the Ghanian side. Ghana scored first by Muntari in the 45th min. and Uruguay went back to score in the 55th min by Diego Forlan. Ghana wasted dozens of chances to score which in the end had to pay for these chances. Uruguay and Netherlands will play in the next round to set a side in the African Final. 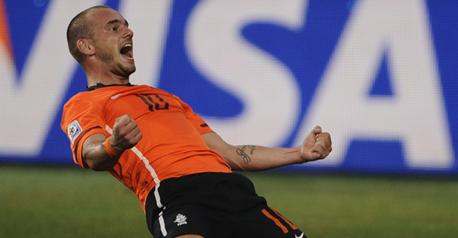 The Brazilian Samba, danced on the tunes of the Dutch amazing soccer game. They got the Orange card to leave back home in disappear. The Yellow Canary’s were not up to the challenge after a weak match against a very strong and organized Dutch team. The Brazilians scored first after Robinho managed to trick the defense in the 10th min. The 2nd half of the game, two new teams entered the pitch a strong Dutch team and a very disoriented and weak Brazilian team. After an own goal by Felip Melo, the Orange team launch an attack after the other before the Inter winger Schneider scored the second goal and managed to secure the national team a place in the final four.