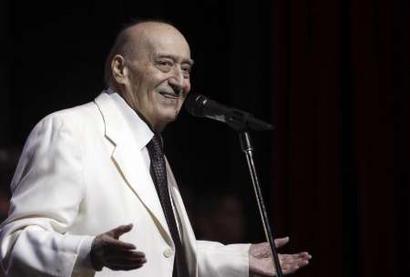 Media reports have announced that the legendary Lebanese singer Wadie El Safi was rushed to the hospital and in a critical situation. The reports mentioned that El Safi was taken to Mount Liban Hospital.

George Wadie El Safi told the media that his father is in a stable situation and has been admitted to the Intensive Care Unit at Mount Liban Hospital.

BeirutNightLife.com wishes the Lebanese legend the best of health and getting well soon.