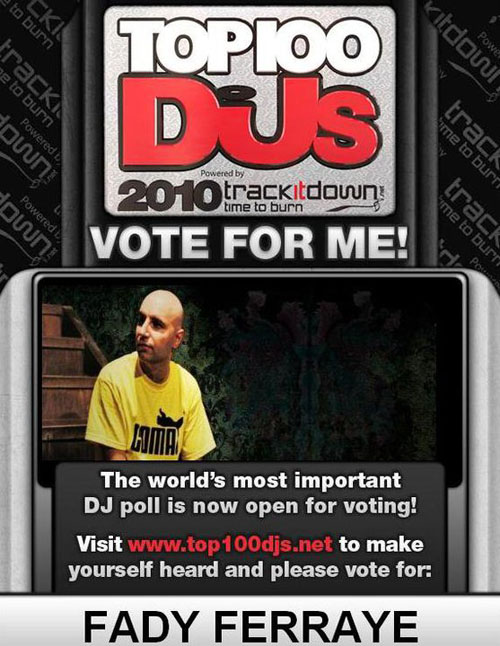 Who does not know Fady Ferraye?? The International Lebanese DJ who proved to Lebanon and the world that Lebanese music talents can make it on an international level, and be more than successful. Ferraye has played a major role in creating what we know now as the underground house and techno scene in Lebanon & the Middle East with a career of 20 years behind decks.

Let us all vote for Fady Ferraye in the pole for the DJ Mag top 100 DJ’s and support our Lebanese music mind on an international level.

Fady was one of the few DJ’s that helped in spreading the Lebanese and the Middle Eastern sound in West Europe with his 5 years residency and still running at Amsterdam’s top club. Another important fact is that he is the the only Dj to play a residency at Lebanon’s alltime top 3 Clubs including B018, Strange Fruit and The Basement, where two of these clubs were in the DJ Mag’s top 100.

Talking about Fady will go on and on and the main reason you should vote for him in DJ Mag top 100 DJs, is to support our Lebanese DJ abroad and support is Pure Class in music.

BeirutNightLife.com calls upon everyone to vote for Fady Ferraye through the below link, place the name and make sure to check your email for verification purposes in order to take your vote into consideration 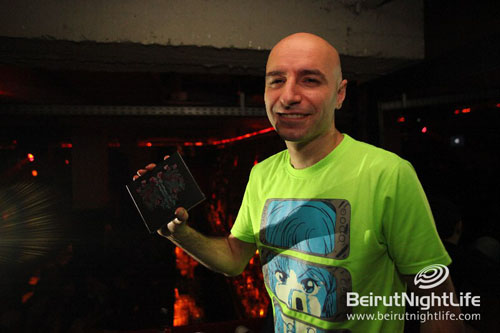 Vote now and call all your friends to do so, the voting pole will stay till September 22nd, 2010 when the results will be announced.

So again why vote for Fady?

1- Playing a major role in creating what we know now as the underground house and techno scene in Lebanon & the Middle East. Career started in 1990.

4- Having played thousands of hours @ events, parties, compilations, radio shows and more than 50 releases of tracks and remixes.

5- For having his own signature when it comes for style, in playing and producing.

6- For all the Euphoria time, for putting us on fire, and a smile on our face going back home!

7- For being one of the very few DJs (other than Sven Vath) to still play the warmest vintage format of alltime aka VINYL.

8- For having a great taste, always creative, exceptionally talented !