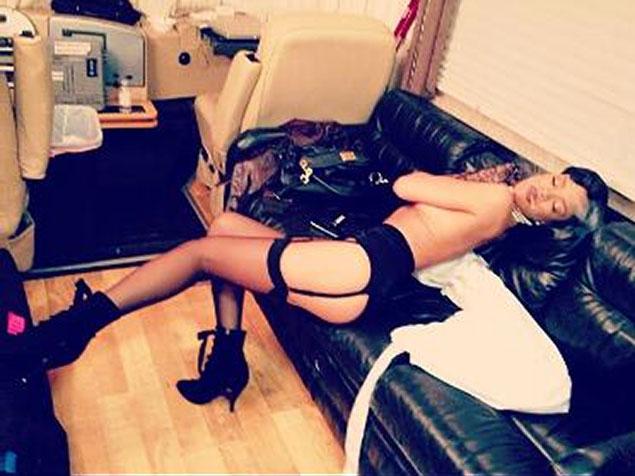 Rihanna tweeted photos of herself backstage after her performance lighting up a smoke.

When in Rome, Rihanna did as the Romans did.

The “Diamonds in the Sky” singer looked perfectly at home among the leggy, barely clothed ladies who stomped down the Victoria’s Secret runway Wednesday night, even stripping down to risque lingerie in the spirit of the fashion house’s annual Victoria’s Secret Fashion Show.

The sultry singer, 24, tweeted a series of photos of herself backstage with the models, captioning one shot with “That’s a wrizzap.” 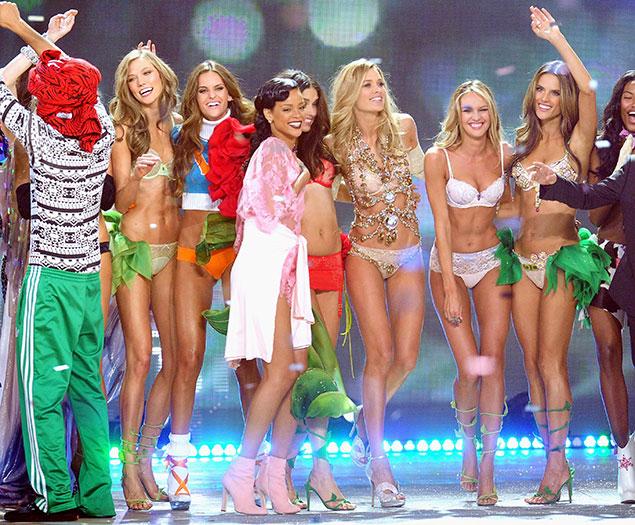 Rihanna blended in with the Victoria’s Secret models backstage at the annual show.

In it, Rihanna writhes on a couch backstage in nothing but black ankle boots and stockings, leaving little to the imagination.

The Barbados beauty was on hand to close out the annual show Wednesday night, singing “Fresh Out the Runway” while wearing a sheer pink mini at the end of the parade of lingerie and angel wings.

Earlier in the night, she also wore fashionable shades and a floor-length black gown with a slit cut up to her hip, exposing her toned legs underneath.

Channeling her inner playful angel, Rihanna hammed it up on the catwalk, even dancing with and interacting with the other women as they made their way down the runway.

“I’m a #VS girl now lol,” she tweeted at one point, alongside photos of her mugging with the Victoria’s Secret models.

Justin Bieber and Bruno Mars also performed for the show, which will air as part of a one-hour CBS special on Dec. 4.