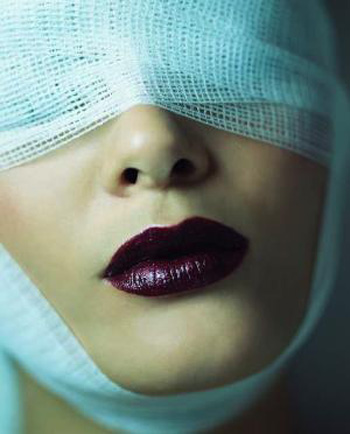 No-one who visits Lebanon ever leaves unchanged. But for some, those words take on a very literal meaning. Lebanon’s reputation as a tourism and vacation hotspot has been growing steadily over the last two decades. Well-heeled travelers from the Gulf, Europe and the United States take advantage of the country’s generous trade laws to shop and make themselves over when life in their own locality becomes repetitive or dull. But some travelers aren’t content to simply change their outfit or accessories. Some travelers are looking for something a little more radical. Liposuction, cartilage sculpting, hair removal or body augmentation – these customers are looking for a change that goes skin deep, and deeper.

Like Banking and jewelry making before it, plastic surgery has established itself as a Lebanese specialty trade with entrenched institutions, an established clientele and a well respected cadre of professionals. By some estimates, between seventy and eighty percent of Lebanese women undergo at least one major cosmetic surgery in their lifetime. That has won Lebanon a reputation for the most gorgeous girls per capita in the world, but it has also given Lebanon’s doctors plenty of time to practice and develop their talents.

Most of the clients who travel to Lebanon specifically for plastic surgery come from Gulf countries where the concept is still somewhat taboo, opting instead for Lebanon’s more liberal climate and more competitive rates. However, doctors say they receive a fair number of Americans and Europeans as well due to the much higher costs of having surgeries performed in the West.

Some surgeries, such as a nose job, cost a fraction in Lebanon of what they would in the United States. Rhinoplasty costs around $9,000 in the U.S., while in Lebanon the same procedure costs only $2,000.

Many companies offer package deals including transportation and accommodation. A cosmetic surgery tourism initiative, launched by a private company under the auspices of the tourism ministry, includes post-operation rest and recuperation in stellar resorts and even summer camps for patients’ children.

The Dubai-based firm Image Concept handles all bookings and accommodation for tourists seeking cosmetic surgery in Lebanon, which is famed for its skilled yet affordable surgeons.

Due to the extremely sensitive and personal nature of the practice, it is of the utmost importance that clients feel comfortable and have a strong bond of trust with their respective surgeons. For this reason conventional means of advertising are not always sufficient, as clients will not necessarily trust a doctor whose number they got off a billboard on the Jounieh highway. Clients report that they almost always contact doctors through mutual friends who have already had operations performed.

Despite the growing popularity of medical tourism, the sector still faces constant threat from the underlying political instability that continues to plague Lebanon. Surgeons say that business is good until the moment rumor start circulating about coming conflicts – and then the client base vanishes.

Nader Saab, surgeon to the stars and a jury member on the Miss Lebanon beauty pageant, says three quarters of his clients in the summer season, which is already fully booked, hail from abroad.

Men are increasingly seeking cosmetic surgery, but Saab says it is still mostly women who feel the need to “compete”. “Aging is coming, and a woman is aware that she might be replaced by another woman,” he said. “We live in a society in which appearances are very important,” said Saab.