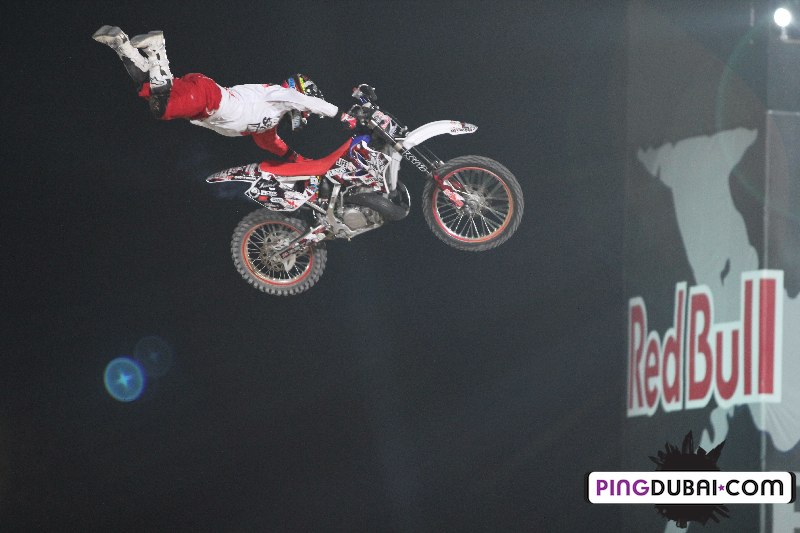 For the first time in Red Bull X-Fighters 10-year history, the Asian continent hosts the 2011 season opener in Dubai on April 15 at the backdrop of Jumeirah Beach Residence with the support of “du Live!” Torres won after a fierce final battle against Andre Villa where both riders performed breathtaking tricks. It was hard for the judges to take the decision with the variety and difficulty of the tricks performed at the final run, which included challenging and adventurous back flips, indy flips, under-flips-no-hand…etc.

Torres and Villa won over Nate Adams and Blake Williams qualifying to the final run. However, dual battles started in the final four after the first round where Torres and Adam Jones joined the six riders who qualified directly during Qualifying day. Torres expressed his thrill “mainly in this exciting atmosphere at the season opener in Dubai”. “This is only a start in this long championship and against bold and skilled competitors” he added.