Thirty Seconds to Mars: Alternative Music at its Best at Byblos 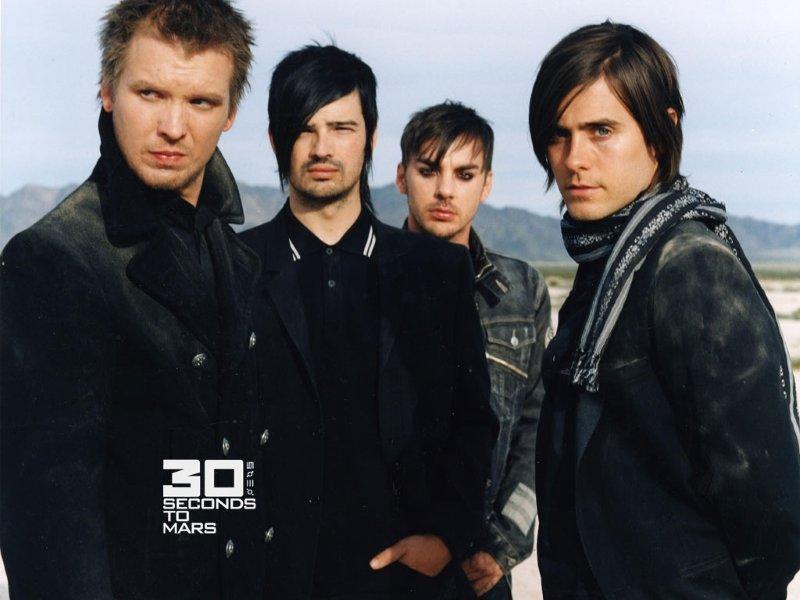 Brace yourself and hold your breath: 30 Seconds to Mars – one of the hottest alternative rock bands on the planet – will be in Byblos for one amazing show!

After rocking packed arenas around the world, the award-winning American band will electrify their fans with some of the biggest hits of the last few years: “Closer To The Edge”, “The Kill”, “Hurricane” and many more!

Formed by Jared and Shannon Leto in 1998, 30 Seconds to Mars has gone from small family project to international sensation in less than a decade. Jared is the band’s lead vocalist, rhythm guitarist and songwriter while his brother Shannon is the band’s drummer. Since bassist Matt Wachter’s departure in 2007, 30 Seconds to Mars have been a 3-piece with Tomo Miličević on lead guitar and keyboards.

The name 30 Seconds to Mars was inspired by a thesis written by a Harvard professor. In one of its subsections titled “Thirty seconds to Mars”, he explains the exponential growth of technology and how it relates to humans. The band felt this phrase best described their music.

30 Seconds to Mars’ first self-titled album was produced by Bob Ezrin and released in 2002 to critical acclaim. A concept album focusing on human struggle and self-determination, it established the group as a fresh, new force and produced two singles, “Capricorn (A Brand New Name)” and “Edge of the Earth”.

Three years after its follow-up, A Beautiful Lie is released, an emotional album based around the concept of change. Frontman Jared Leto wanted to explore a new, more confessional sonic landscape: the lyrics became more personal and the music more intense. The album went platinum in the US and the UK and achieved gold status in Australia, Canada and Germany. It produced several singles, including two Top 10 modern rock hits (“The Kill” and “From Yesterday”). A Beautiful Lie officially “opened the floodgates” and secured the band a frequent presence on MTV while paving the way for a number of successful tours.

Because it was leaked 5 months before its release, the band decided to include two bonus tracks on the final version: “Battle of One” and “Hunter”. To further promote the album, they also enclosed “Golden Passes” in a select number of copies, which grant their owners access to any 30 Seconds to Mars concert free of charge, along with backstage access.

The band released This Is War in December 2009. Produced by Flood and Steve Lilywhite, two of the most influential producers in the world, this album is a major leap forward for 30 Seconds to Mars, one that cements the trio’s coming of age as a world-class arena-crushing rock band.

The band has a passionate and intense fan following. They phone local radio stations to request songs, put up posters, vote for the band in official award nominations and maintain magazines or websites dedicated to them. 30 Seconds to Mars implicated them even more on this latest album. For example, This Is War features 2,000 different album covers featuring individual photos of fans from around the world. The band asked fans to submit pictures of themselves, and then selected the 2,000 best images. They were then used as covers for the album itself and shipped randomly to stores around the world!

They also launched a huge recording experiment and allowed their fans to be a part of the album. During these Summits, they recorded their sounds and vocals in various locations around the world. Those unable to attend these sessions were also able to submit their contributions via the Internet. These recordings are found on songs throughout the album!

Voted ‘Best International Band’ at the 2010 Kerrang awards, 30 Seconds to Mars hasn’t stopped touring since the release of this album. They’ve already been to some of the biggest festivals (Roskilde, Pinkpop, Lollapalooza) and will swing by Byblos before heading off to Reading and Leeds as well as a number of other venues later this summer.

For these sensational artists, it’s all about connecting with their audience. Knowing the intensity of their Lebanese fan base, the July 16 concert will be nothing short of mind-blowing both sonically and visually.