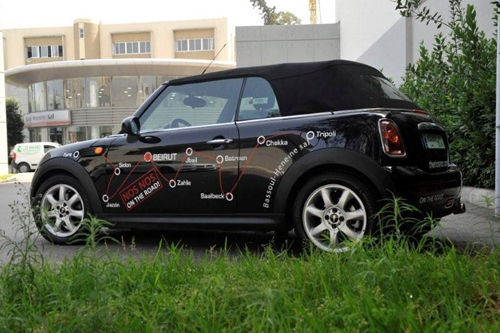 As the summer tourism season begins, two half-Lebanese women kick off a cross-country adventure to discover the real Lebanon and how they, as members of ‘The Nos Nos’, fit into it. Nour Samaha and Jordana Fawaz, half Lebanese, half Swiss and British respectively, are aiming not only to find the places beyond the celebrated party district of Gemayze and the ruin of Baalbek that are the hidden realities of Lebanon but also better understand how they and others “Nos Nos” feel about the land many only ever visit during the summer.

The project which speaks to the many “half half” or “Nos Nos” Lebanese around the world through its blog (thenosnos.com) and facebook fans, begins as upwards of last year’s 2 million visitors are expected to descend on Lebanon. In a report published earlier this year, the World Tourism Organization (WTO) noted that Lebanon recorded the highest growth rate worldwide in 2009, with Lebanese Tourism Minister Fady Abboud telling local newspapers earlier this year that he expects tourism activity in the country to grow by a further 10 to 20 percent in 2010. 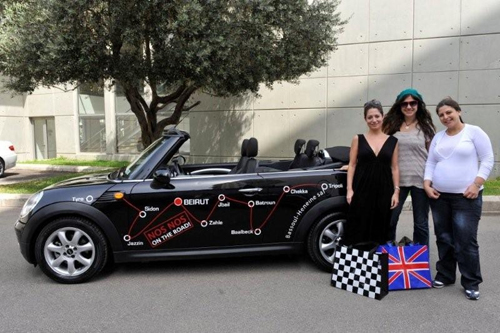 The goal of the project varies slightly for the two girls, who have varying perspectives on Lebanon and being Lebanese. While Nour’s family is from Mount Lebanon, Jordana’s is from the South; Nour has lived in Lebanon, Jordana hasn’t and most importantly Nour feels like she belongs, while Jordana doesn’t. For Jordana it is about understand how she fits in while for Nour it is about showing Jordana and everyone else that there is more to love in Lebanon than the nightlife and the ancient.

Jordana Fawaz, who currently lives and works in Dubai, has family living in her father’s hometown of Jouwaya. “We have found estimates online that anywhere between 4 million and 15 million people of Lebanese origin live outside the country. Many of these people will either be ‘Nos Nos’ like Nour and me or at least have dual nationality. For many of us, Lebanon is a place that we remain familiar tourists, always on the outside of this close-knit community looking in. We are often challenges to choose which country, culture or people we love best, while still being called ‘ejnabi’ by those we meet.”

Nour Samaha, a journalist living in Beirut and currently studying Arabic would like to see Lebanon celebrated for both its spirit, its people and everything else it has to offer. “Even those who have two Lebanese parents but have been raised above find it hard to name places to go and see outside of Beirut’s lively party places. We end up giving the impression that this is everything we are, but that just isn’t the case. While pulling this project together, people have been so excited; particularly the other Nos Nos. They want to know more, to see more but just haven’t made that step. So this journey is for them.” 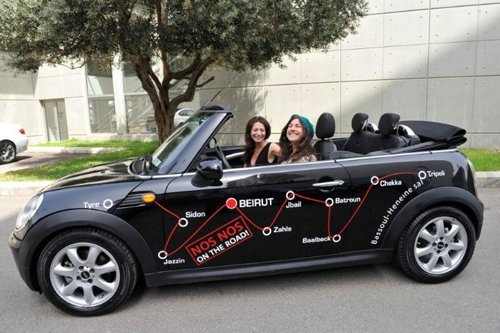 In a letter to The Nos Nos, Tourism Minister Fadi Abboud expressed full support for the project’s motivation and its efforts to promote Lebanon, strengthening the relationships between Lebanon and its communities abroad. “Nos Nos seems to be a very special unique name that reflects the uncommon Lebanese way of thinking,” the letter read. “Your trip around Lebanese regions and discovering your countries traditions and specialities are the main key to incite and attract all Lebanese abroad to visit their home state, ever since you are the most effective and alive link between Lebanon and its expatriates.” The Project is being sponsored by MINI, Time Out Beirut, Canon, Dell and Nokia as well as funds from Zed Motorz and donations from former students of Sagesse High School. The girls will also be hosting a party in Beirut on July 9th to celebrate the completion of the trip and the start of the high tourism season. For those wishing to follow the girls on their trip, visit www.thenosnos.com