The Legend, Danny Tenaglia has arrived to Beirut!! 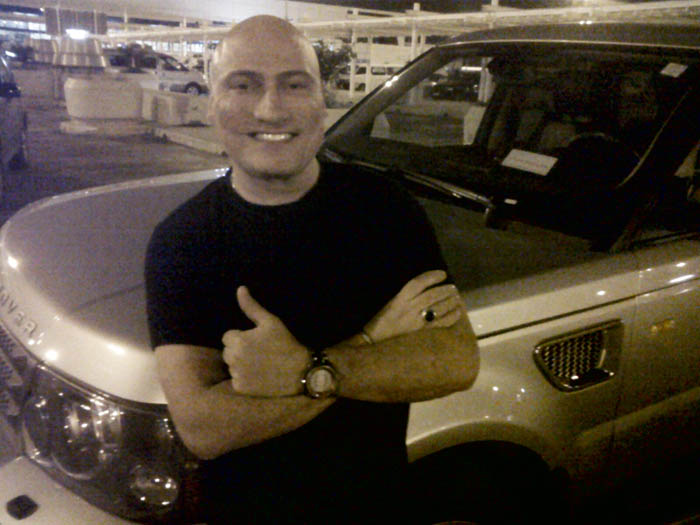 BeirutNightLife.com brings you exclusive footage of arrival of the Legend, the mentor of All DJ’s, Danny Tenaglia. For the first time ever in the history of Lebanon, many tried for years to bring him to Lebanon with no success, Poliakov Events raise the bar again for events in Lebanon setting another standard for the best events in town.

Danny Tenaglia, a New York-based DJ and one of the most famous Techno/ Progressive House, has arrived to Lebanon for the first time ever . A Marathon set of 6 hours, the best DJ line up with warm up Nicole Mouddaber and closing your favourite Jade and Diamond Setter, and a HOT line up of Ibiza dancer just for you Lebanon.

This Saturday at Forum De Beyrouth, get ready to BE YOURSELF…. Get ready to challenge the world… This is Beirut!!

in Partnership with NRJ Proudly Presents: THE DJ’s DJ

For the 1st time Ever in Beirut: THE BIGGEST HOUSE DJ OF ALL TIMES

On Saturday June 5, Get Ready LEBANON To Be Yourself

Explosive success for him came not behind a major label release, or a world tour, or a radio hit remix: It happened when enough people had the privateTenaglia experience for themselves.
In 1998 Danny released another full length LP titled Tourism. The release of his first installment in the UK-based Global Underground series of DJ mixes, titled Athens (2000), lit the international fire.

The world caught up to Tenaglia in 2000. His annual party during Miami’s Winter Music Conference outgrew its home at the cramped Groovejet and moved to just-opened superclub Space. DJ giants like Carl Cox danced on top of the speakers with the Deep Dish boys, Fatboy Slim mingled on the patio, and for a day the ego inherent to DJ culture evaporated:
Tenaglia was hailed as the “DJ’s DJ.”

In the two years that followed, Tenaglia released another Global Underground installment titled London; toured the world, took the party island of Ibiza by storm, got nominated for a Grammy; returned to Twilo for two special gigs – a President’s Day marathon with Carl Cox that shattered all its attendance records, and the club’s sixth anniversary party with John Digweed.

In 2003, Danny came full circle with the release of Choice: A Collection Of Classics, opened another Space during Winter Music Conference and took another Dancestar award, this time ‘Best Party’ for “Be Yourself.”

After over 30 years of DJing Danny still continues to tour around the world. His commitment to playing new music and incorporating it with music from his past is still a very big part of his performances. After his success he has remained humble and towards the end of his sets can often be seen on the dance floor, mingling and dancing with the same people who came to see him perform.