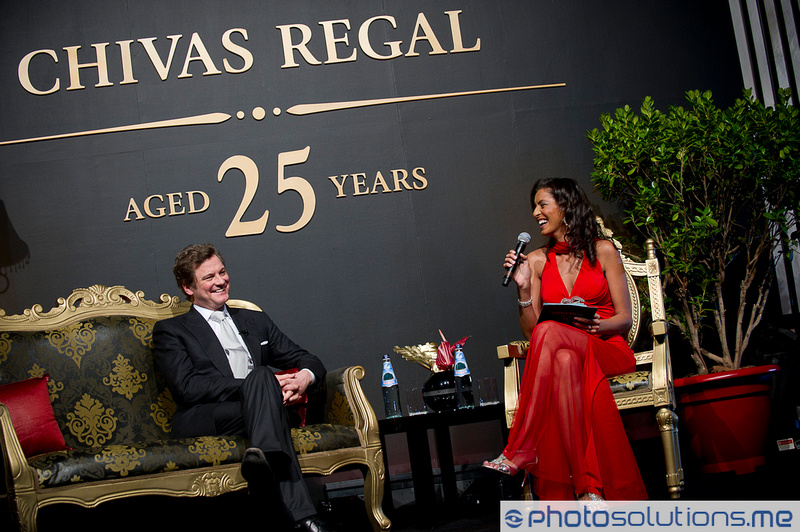 Among Colin Firth’s many accolades, the BAFTA Award winner, Academy Award (Oscar) nominated, and Golden Globe nominated British actor, has now achieved ‘legend’ status courtesy of Chivas, in recognition of his professional and personal accomplishments and his chivalrous, honourable persona, on and off screen. 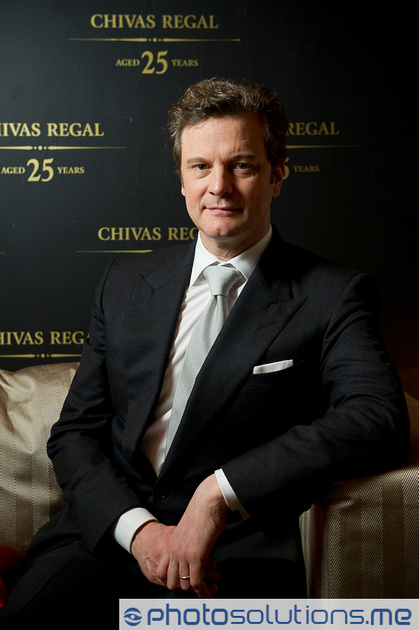 Colin Firth was the guest of honour at the annual Chivas Legends Dinner, on Tuesday, December 14th in the luxurious setting of the Armani Hotel Dubai, where over 300 guests – many prominent leaders in business and other fields – enjoyed an interactive audience with the actor, as well as decadent hospitality and a range of luxurious tasting experiences, courtesy of Chivas Regal.

Colin Firth confessed to being “blown away” by Dubai and the Chivas Legends Dinner:

“I am delighted to see the values of honesty, integrity and camaraderie being celebrated in Dubai at the Chivas Legends Dinner, which was a great opportunity to meet some very talented and accomplished people from Dubai. It was a special occasion and becoming a Chivas Legend is a real honour.”

Colin Firth’s latest film, The King’s Speech, has been drawing critical praise around the world and it opened the Dubai Film Festival 2010. He was joined at the Chivas Legends Dinner by Colin Scott, Chivas Regal Master Blender, himself a legend in the world of whisky.

In a sparkling conversation with Hanane Spiers at the dinner, Colin Firth charmed the audience as he talked about his life and career and answered questions from the audience about everything from his leading ladies to his favourite and most embarrassing film moments, and his fight scene with Hugh Grant in the film ‘Bridget Jones’ diary’ – all with dignified good humour. 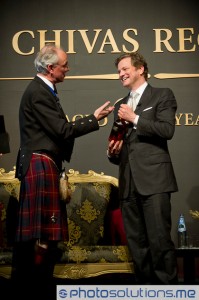 Dinner is a very glamorous event in the Dubai social calendar in which the Chivas brand honours someone that has made significant contributions in their chosen field. Last year was based around legends of sport while in 2010 the event focused on the Arts through Colin Firth, the legendary British actor. Colin Firth is one of the outstanding actors of his generation and his personal and professional integrity combine with his on-screen presence and stature to personify the essence of Chivas – living life with Chivalry. We were delighted to welcome Colin Firth to Dubai and to honour him as a Chivas Legend.”

Chivas already enjoys a close working relationship with the world of film, as an official partner of the world renowned Cannes Film Festival, which brings to life the glamour, exuberance and passion that characterises both cinema and Chivas Regal. To mark this association, this year’s Chivas Legends Dinner included a closed bid for two ‘24 hours of glamour’ packages for the Cannes Film Festival, which attracted a combined offer of USD60,000 – the proceeds going to the Leukaemia and Lymphoma Research charity, nominated by Colin Firth.

Chivas already enjoys a close working relationship with the world of film, as an official partner of Cannes Film Festival – the single-most important of its kind – which brings to life the glamour, exuberance and passion that characterises both cinema and Chivas Regal.