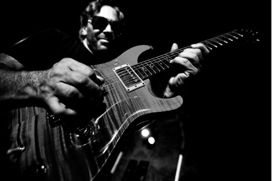 May 19th to June 12th 2011 will usher in the renaissance of Beirut’s golden age of art and culture with the advent of the first annual Beirut Music & Art Festival (BMAF), held in the Beirut Souks, Downtown, presented by John Kassabian (organiser of Beirut Jazz Festival), Fadi Ghazzaoui (Hamra Street Festival) and Imad Darwich-Houssami. The Beirut Music & Art Festival and it’s fusion of more than 200 local and international collaborating artists will put culture back on the daily agenda, transforming the quads of the Beirut Souks into an art and music metropolis.

“Beirut is a capital city, at the crossroads of three continents and a gateway between East and West. Musical and artistic trends tend to take off from capital cities, the cultural centers of a country. As the cultural heart of the entire region, Beirut deserves to have its own Music and Art Festival, like Baalbeck, Beiteddine or Byblos…the time has come,” said codirector John Kassabian.

On May 21st 2011 festivities will kick off with a cataclysmic bang: a street parade will set sail from Downtown’s An-Nahar Building to Starco, spreading Beirut Music & Art Festival’s contagious spirit and championing it’s cause; promoting local music, art and culture. This
spirit of celebration will continue unabated until the final show on June 11th.

The Beirut Souks will host music and art events and activities for the entire community, with such features as: open air concerts, acoustic performances and art exhibitions. An art exhibition entitled Mayadeen, curated around the theme of ‘Public Spaces’, will transform downtown Beirut into it’s very own gallery, rich with provocative images, sounds, sculptures, multimedia and theatre. An exhibition capturing the vestiges of old-Beirut will 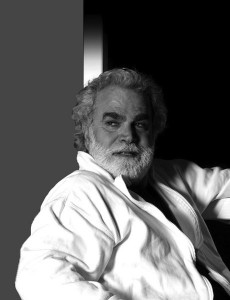 be on display. The art exhibition will dissect the evolving state of Beirut’s public spaces. Local and international artists are invited to submit their works for consideration by April 14th; successful applicants will be notified of their inclusion shortly thereafter.

From May 19th to June 2nd starting at 8pm, 45 local and international bands, 3 per night, will perform in the Beirut Souks Music and Art Village, in an East meets West fusion. Drinks on tap and a food court full of snacks will keep festivities flavourful. Festival revellers will enjoy a medley of musical genres and styles: jazz, hip-hop, oriental, experimental, blues and more.

“We are extending special consideration and support to local artists and bands within the umbrella of an international festival. This is something that has never been done before,” said John Kassabian.

The eclectic local and international line-up will delight even the most discerning music enthusiasts. Night after night, the bustling Beirut Souks Music & Art Village will roar to life amid the sights and sounds of a rich music bazaar. “It’s time to broaden our horizons. It’s time to create a stage that promotes fusion, where Lebanon will both learn and share with our international guests. We want to give these groups a platform to express themselves on a bigger stage” said festival co-director Fadi Ghazzaoui.

Buzzing with new sights, sounds and pulsing with freewheeling exchanges across art, music and culture. A free afternoon (Saturday and Sunday only) of music from 4pm -7pm will provide a platform for local Lebanese bands to perform. A children’s musical corner will ensure that even the youngest of fans get involved.
From May 27th to June 12th, Beirut Music & Art Festival’s Grand Stand (behind Beirut Exhibition center, New Waterfront BCD) will draw it’s curtain on 9 spectacular headlining productions, as the Beirut Music & Art Festival continues it’s creative revolution with performances from musical icons of global proportions.