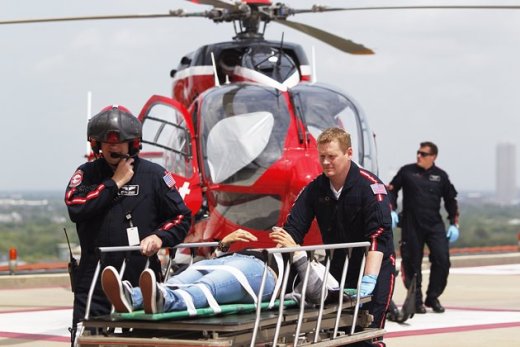 A dozen people have been wounded in a stabbing attack at Houston-area college campus, according to reports, while one suspect is now in custody.

Both agencies say at least four of those injured were seriously hurt, and LifeFlighted in critical condition, while several patients refused treatment at the scene.

All wounds were consistent with stabbing.