Out of stillness, Red Bull Awakens the Grotto! 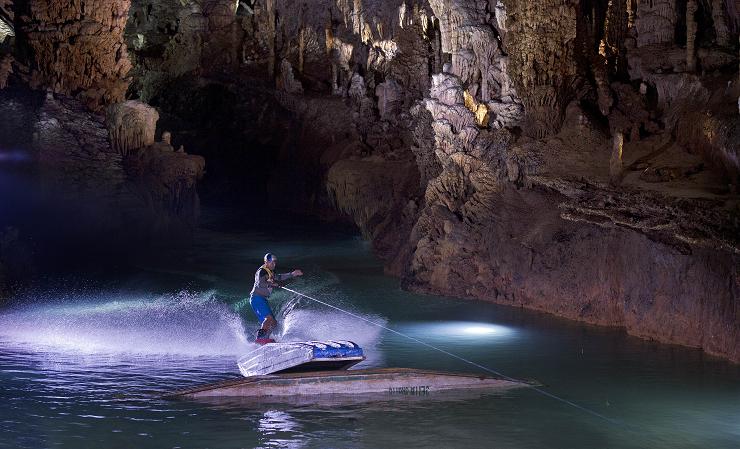 Jeita Grotto’s water temperature was not as cold as it used to be throughout the year, when it received an unusual visitor. It was not affected by Lebanon’s winter storms or freezing weather, and its water became warm and stirred by Red Bull athlete Duncan Zuur’s wakeboarding stunts.

Under the name “Red Bull Awaken the Grotto”, the famous Dutch wakeboarder performed incredible wakeboarding tricks inside the grotto! This unique stunt, held in the grotto for the first time, took place during Zuur’s visit to Lebanon. His stunts included jumping off an especially set-up ramp inside the water, punctuated by stunning inverts and astounding tricks in the air.

The athlete expressed his amazement of the grotto’s splendor in all of its details, and talked about how lucky he feels to be able to visit it: “It’s an environment full of charm”, he said, “I was performing and suddenly wasn’t able to continue; the beauty around me was enormous, out of this world, something I have never seen before. I had to stop and contemplate it.” 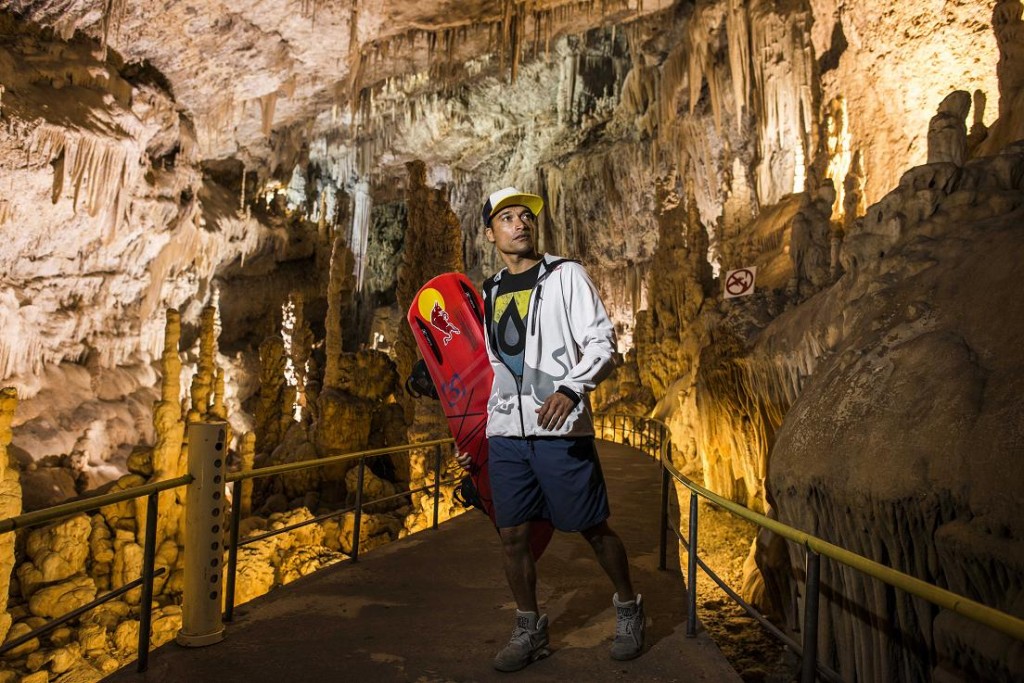 Duncan Zuur, considered to be one of the most successful sportsmen to ride the waves to have come out of Europe, has become well known for his courageous tricks which include wakeboarding across a flooded St Mark’s Square in Venice and sliding down the narrow canals of Amsterdam.

Dr. Nabil Haddad, Manager of Jeita Grotto, praised Zuur’s words, adding that Jeita Grotto “is a phenomenon that words cannot describe for its unique aesthetic diversity… simply put, you can visit this place a hundred times and you will still experience the same admiration.”

Jeita Grotto, a marvelous natural artistic masterpiece in Lebanon, strongly competed in 2011 to become one of the New Seven Wonders of the World and reached the final voting stage.