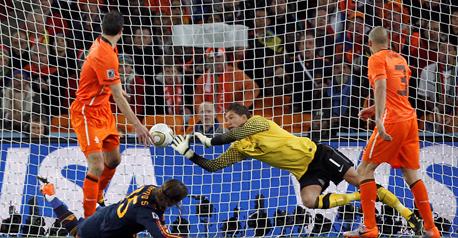 For the first time in the history of this European country, the Kingdom that has the best teams in the world including Barcelona, Real Madrid, and Valencia, Spain have been been named the FIFA World Champions after winning the battle against the amazing Orange Dutch team at Soccer City Stadium in Johannesburg. 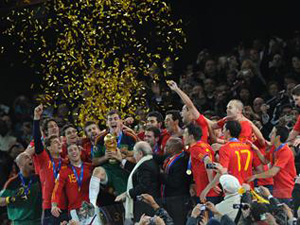 The hero of the night was Andrias Iniesta, the Barcelona midfielder, scored in the second extra time after an extremely violent and intense game. The Spaniards controlled most of the game especially the clash in the midfield but the Dutch were very dangerous with their attacks. The violent match resulted with more than 7 yellow cards and one red card for the Dutch defender Heitinga.

The Golden Age of the Spanish Soccer has began with players such as Puyol, Xavi, Iniesta, Ramos, Casillas, Fabregas, Torres, Villa, Busquests, Alonso, Pedro, Capdevilla, Navas, Pique and the mastermind behind the Spanish troops Vincente Del Bosque. The Spanish team clinched the European title in 2008, Barcelona got all six titles in 2009, and Spain are World Champions 2010 in Africa. 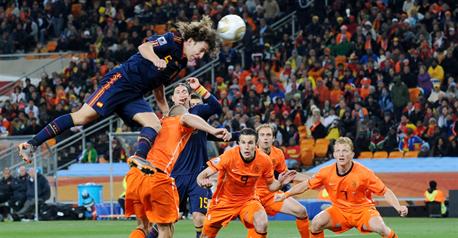 BeirutNightLife.com brought you a full coverage for a whole month, with live updates from South Africa in collaboration with eurosportarabia. Through our lens we lived the moments of happiness and sadness of the fans in Lebanon, we covered the World Cup fever, and the soccer craze and celebrations in town.

See you in four years in Brazil!!!